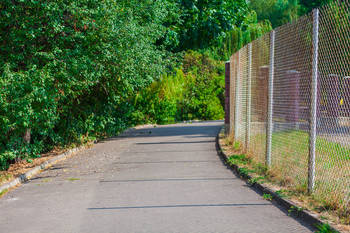 US Patent No 9,292,743 “Background Modeling for Fixed, Mobile, And Step-And-Stare Video Camera.

Moving backgrounds can be a difficult problem for video detection algorithms. The newly awarded patent for PureTech Systems addresses many of these issues.

Within the field of video analytics, “background modeling” refers to the ability to understand normal movement that may occur in a scene, such as vegetation movement, lighting changes, flowing water or even the passing of a subway train. Having a keen understanding of the changing background, allows for more accurate target detection, and more importantly, a reduction in false alarms. One significant claim of the new patent is that no assumption about the nature of the background is required. The software and/or installer does not need to concern themsleves with the type of scene for which the algorithm will be utilized.

More specifically, the pixel-based multimodal background model makes no assumption about the number of modes or functional forms of the underlying distributions while exploiting radiometric information along with gradient magnitude and orientation through one, or a host, of such models to adapt to backgrounds that change with multitude of periodicities over the same or different regions of the scene while remaining geospatial-aware.

An additional, and perhaps moreimportant, aspect of the patent is that it lends itself to deployment on PTZs, and video cameras mounted on mobile platforms including, ground vehicles (trucks, trains, AGVs-Automated Guided Vehicles), waterborne vessels and aerial platforms (including AGVs, aerostats). The act of steering a PTZ camera, or the movement of a vehicle or platform on which a camera is mounted, results in a constantly moving background, for which this patent applies. In the same manner as the patent provides claims for a fixed scene with a changing background, it also applies to background movement induced by changing the position of the camera.