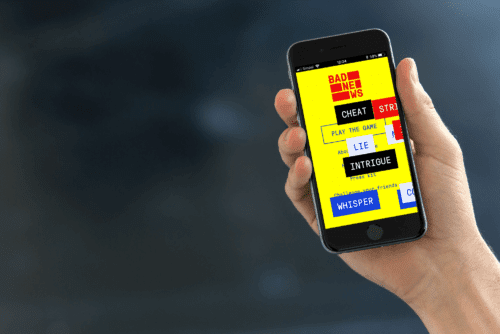 Games that have players act as purveyors of deliberate misinformation make them more likely to recognize distortion, manipulation and fake news, researchers from Cambridge University in England reported in a paper released Feb. 19.

It is exactly that type of “information warfare” for which 13 Russians were indicted Feb. 16 on charges of fraud, theft and other crimes while seeking to interfere in the United States political system, including the 2016 presidential election.

The Cambridge researchers placed news consumers in the shoes of fake news producers who had to actively mislead people in order to win a game, reported Defense One on Feb. 19. They had 57 public high school students from the Netherlands adopt personas and tactics of persuasion and disinformation. Confronted with fake articles afterward, players were more skeptical, no matter their political leanings.

Because “young students are still developing their beliefs about the world,” researchers Jon Roozenbeek and Sander van der Linden wrote, “early media education may be the ultimate inoculation to help empower people against the risk of disinformation.”

Roozenbeek and van der Linden developed their game with the help of Drog, a multidisciplinary team of academics, journalists and media experts headquartered in The Hague who “create innovative tools that help you build resistance to disinformation,” according to their website.

One of those tools is an online game, Bad News, also developed with Cambridge University, in which players become propagandists. “Enter the shadowy world of online deceit and rise to power,” the Drog site invites. “Build your army of online trolls and spread conspiracies to influence the public debate and contemplate the dangerous implications disinformation can have on your daily life and society as a whole.”

Interacting with an online script, players win badges for amassing followers and influencing the mainstream media at the behest of a cheeky game master. The game has players rate the reliability of a set of posts from real and fake online news outlets during and after they play in order to collect data about its effects.