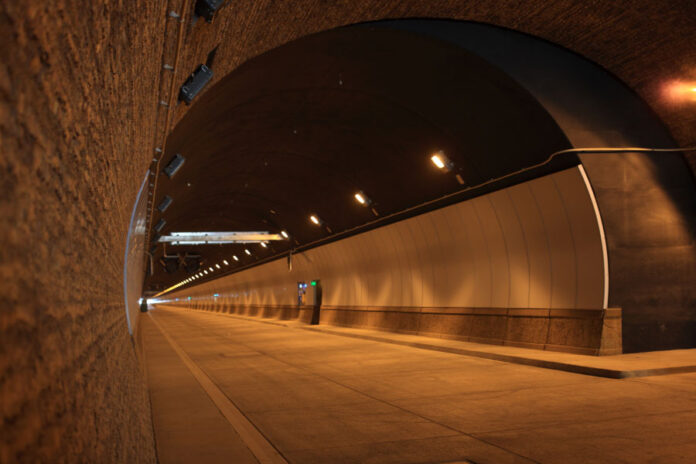 PHOENIX,Ariz. – PureTech Systems® announced today that the Tom Lantos tunnels, which officially opened in early 2013 to replace a rock slide prone portion of State Route Highway 1 known as Devil’s Slide, have been equipped with the company’s PureActiv® video analytics capability to aid in the protection and safety monitoring of the tunnels.

The tunnels, managed by Caltrans who oversees more than 50,000 miles of California’s highway and freeway lanes, consist of a single northbound and a single southbound lane approximately 4,200 feet long and 30 feet wide.  As part of the safety and security initiatives, the tunnels include a Bosch Video Management System (BVMS), MIC Series 612 Thermal and DINION cameras from Bosch, integrated with the PureActiv geospatial video analytics and map based user display.
The installation marks several “firsts” for PureTech Systems, including its first tunnel installation, first time integration with BVMS, and the initial installation performed in conjunction with IndustrialENET.  The system also includes several industry-leading features, such as the ability to ignore normal vehicle traffic when monitoring for security and safety events. Using geospatial technology, it also boasts the ability to detect real-time vehicle speeds, which becomes increasingly more difficult as vehicles move farther away from the camera location.
“The system we deployed in the Tom Lantos tunnels not only provides video surveillance for the protection of the tunnels, but it also provides safety and operational information via real time speed notifications and alarming on anomalies,” stated Kevin Campbell, vice president of sales at PureTech Systems.  “The added benefits of integrating with BVMS and working with IndustrialENET, make this installation that much more valuable for PureTech Systems and our customers.”
The installation marks another milestone in the use of geospatial technology to solve problems, which previously proved difficult with traditional video algorithms.  In addition to tunnels, the technology is applicable to other transportation applications involving normally busy scenes, such as transit centers, roadways, airport queues and parking applications.
About PureTech Systems Inc.

PureTech Systems Inc. is a manufacturer of wide-area surveillance software solutions including internally developed video analytics, multi-sensor integration and a map-based command and control.  It is offered to fortune 1000 firms, utilities, seaports, airports and federal, state and local governments.  With headquarters in Phoenix Arizona, PureTech Systems serves national and international markets.  To find out more about PureTech Systems Inc. visit our website at www.puretechsystems.com or contact Eric Olson: 602-424-9842, Eric.Olson@PureTechSystems.com or twitter @puretechsystems.