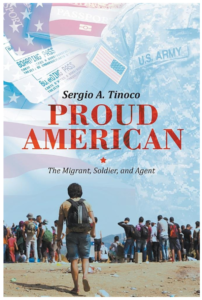 Sergio A. Tinoco is the author of Proud American: The Migrant, Soldier, and Agent and has joined HSToday as a columnist to provide insights and facts about the conditions, challenges, and humanity of the situation on our southwest border. Tinoco started his journey to America as a poor migrant worker of Mexican descent, having to pick crops for a living from the age of 7. As a way to break from the family cycle of farm labor and depending on government welfare programs, he joined the United States Army and served 10 years on active duty. He deployed to Bosnia-Herzegovina shortly after the Bosnian War only to find and deal with the aftermath of the genocide that took place there and be caught in the middle of several attacks. His experiences in Bosnia ultimately led to experiencing signs and symptoms related to PTSD. After completing 10 years of military service, Sergio joined the U.S. Border Patrol. Being of Mexican descent and having family in South Texas and in Mexico introduced new issues of having to counter threats against his family and ill-willed opinions of him for arresting and deporting “his own kind.” He is currently serving as a Border Patrol agent, and all observations and columns are his own and not endorsed by CBP or the Border Patrol. Sergio A. Tinoco was born and raised in Rio Grande Valley, commonly known to them as RGV. As a child, he had gone through many struggles. Having to come up with a big decision to leave his family behind at such a young age, Sergio began to live a dangerous life in the battlefield with the US Army. Between the Army and the DHS, he has worked in government service for over twenty years. He earned a master’s degree in organizational management. His wife, also a military veteran, works for the Department of Veterans’ Affairs. Together, they strive to provide greater opportunities and aspirations to their kids.