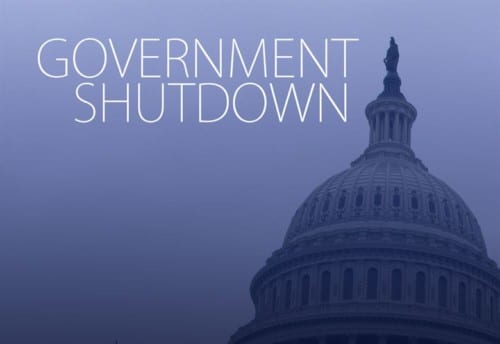 Government funding was only unavailable for about five hours last night and into this morning. But uncertainty about government funding caused confusion for federal agencies into Friday afternoon, Government Executive reported today. Congress reached a two-year, $400 billion deal around 5:30 a.m., but some federal agencies waited for President Trump to sign the measure into law before calling off shutdown preparations. As of 8 a.m. in Washington, the Office of Personnel Management still had a notice on its Alert app and website saying, “Due to a lapse in appropriations, federal government operations vary by agency.”

The Office of Management and Budget had not issued shutdown guidance to agencies until Thursday evening, Politico reported.

Legislators eventually reached agreement on a measure that would raise military spending to $700 billion for fiscal 2018, a 10 percent increase over 2017, and domestic spending to $591 billion. The budget package will keep federal agencies open until March 23. The spending hikes will not take effect until House and Senate Appropriations committees write a $1.3 trillion omnibus spending bill to fund the government through the remaining months of fiscal 2018, which ends Sept. 30, Politico reported. The deal apportioned some funding to general categories: $3 billion for the opioid crisis, $2 billion for veterans, $10 billion to infrastructure, $2 billion to higher education and $2.9 billion for childcare.

USA Today reported that those affected by 2017 hurricanes, wildfires and other disasters will get more than $80 billion in disaster relief, and FEMA’s disaster fund will gain $23 billion for immediate response. Hard-hit by hurricanes, Puerto Rico and the Virgin Islands will receive an extra $5 billion in Medicaid funding. The Army Corps of Engineers gets more than $17 billion for projects to reduce damage from future storms.

The funding deal, plus the tax reform law signed into law in January, likely will result in the first $1 trillion-plus deficits since after the financial meltdown in 2008, Associated Press reported.

“We still have conflicting confusing guidance,” the employee told Government Executive. “DHS has exempt folks who had to work, non-exempt who were furloughed and had to come sign furlough letters. Now we have unscheduled leave/unscheduled telework. Office is empty.”

OPM sent a tweet at 9:43 a.m. notifying employees the government had reopened.

The deal lifts through fiscal 2019 the discretionary spending caps created by the 2011 Budget Control Act.