Ten Agencies Plan to Increase Use of Facial Recognition Technology

As the use of facial recognition technology (FRT) continues to expand, Congress, academics, and advocacy organizations have all highlighted the importance of developing a comprehensive understanding of how it is used by federal agencies. 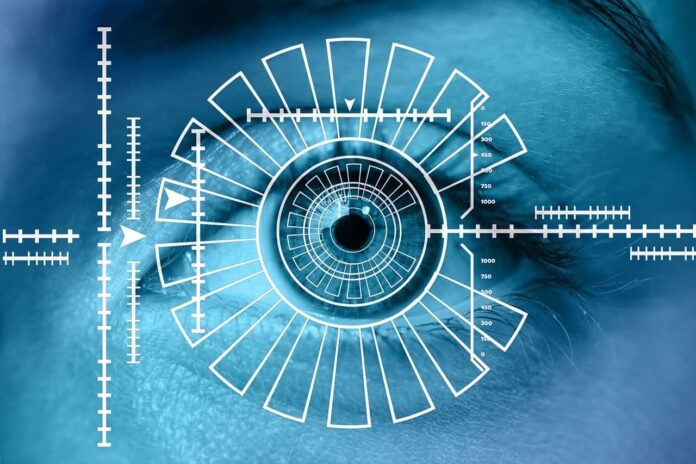 As the use of facial recognition technology (FRT) continues to expand, Congress, academics, and advocacy organizations have all highlighted the importance of developing a comprehensive understanding of how it is used by federal agencies.

The Government Accountability Office (GAO) has surveyed 24 federal agencies about their use of FRT. The performance audit ran from April 2020 through August 2021. 16 of the 24 agencies reported using it for digital access or cybersecurity, such as allowing employees to unlock agency smartphones with it, six agencies reported using it to generate leads in criminal investigations, five reported using FRT for physical security, such as controlling access to a building or facility, and 10 agencies said they planned to expand its use through fiscal year 2023.

In addition, both the Department of Homeland Security (DHS) and the Department of State reported using FRT to identify or verify travelers within or seeking admission to the United States, identifying or verifying the identity of non-U.S. citizens already in the United States, and to research agency information about non-U.S. citizens seeking admission to the United States. For example, DHS’s U.S. Customs and Border Protection used its Traveler Verification Service at ports of entry to assist with verifying travelers’ identities. The Traveler Verification Service uses FRT to compare a photo taken of the traveler at a port of entry with existing photos in DHS holdings, which include photographs from U.S. passports, U.S. visas, and other travel documents, as well as photographs from previous DHS encounters.

During the performance period, four agencies accessed Clearview AI, which conducts facial recognition searches using publicly available images. DHS reported the U.S. Secret Service and U.S. Immigration and Customs Enforcement piloted Clearview AI in fiscal year 2020, to identify individuals in federal criminal investigations, and to identify perpetrators and victims in domestic and international child exploitation cases, respectively. DHS also reported that, since June 2019, U.S. Customs and Border Protection agents had direct, albeit temporary, access to a Clearview AI through their participation with the New York State Intelligence Center. These agents used Clearview AI to identify criminals, as well as subjects who have been arrested previously, were deported, and attempted to re-enter the United States at the border.

Four agencies told GAO of their targeted R&D efforts with FRT. DHS reported sponsoring Biometric Technology Rallies, which are ongoing industry challenges to develop innovative solutions for biometric collection and matching, including facial recognition. The 2020 Rally focused on the ability of FRT systems to reliably collect or match images of individuals wearing masks. The Department of Defense reported researching new capabilities for RAPIDS, which would support identity verification during online identification card renewal and PIN reset requests. The Department of Justice (DOJ) reported conducting applied research on the relationship between skin tone and false match rates in facial recognition algorithms, the capabilities and limitations of current synthetic face detection, such as deepfakes, and the development of software to detect synthetic faces. DOJ also explored the potential benefits of combining FRT systems with trained forensic examiners to achieve better matching performance than by the technology or by humans alone. The State Department reported conducting research and development and contributing to international image standards for travel documents. For example, State conducted research on morphing detection and the impact of aging on the accuracy of facial recognition algorithms. State noted that it is also developing the ability to match images of individuals against passport images and a repository of known or suspected terrorists using the Personal Identification Secure Comparison and Evaluation System.

Of the 24 agencies in GAO’s survey, only DHS reported regulating the use of FRT by other entities in fiscal year 2020. The Transportation Security Administration (TSA) issued security program amendments to aircraft operators that permit the use of FRT to identify passengers checking baggage for transportation on flights, in lieu of the standard passenger identification measures in the applicable TSA-issued security program.

In June this year, GAO reported that 14 federal agencies were using FRT systems owned by non-federal entities to support criminal investigations. 13 out of the 14 agencies did not have up-to-date information on what non-federal systems were being used by employees, opening the door to potential risk. The systems were also used for surveillance, traveler verification, research and education. One agency, the U.S. Immigration and Customs Enforcement, implemented a tracking system of what non-federal systems their employees were using, GAO reported in June. The watchdog’s report noted that the agency was developing a list of approved FRT systems that employees could use and log-in sheets were made available to employees in order for supervisors to monitor the technology use.

DHS reported plans to initiate a new pilot and continue an ongoing pilot of an existing FRT system. As of March 2021, the TSA is collaborating with U.S. Customs and Border Protection and a commercial airline at the Detroit Metropolitan Wayne County Airport to evaluate the use of biometric technology, including facial recognition, to automate the identity verification process at TSA checkpoints and streamline traveler experience. The technology compares a passenger’s live photo against a pre-staged gallery of photos that consenting passengers provided previously to the federal government for travel purposes. TSA will collect limited information from the consenting passenger’s identity document and convert the information into an automated format, encrypt it, and transfer it for temporary analysis to the Department of Homeland Security Science and Technology Directorate, which will assess the effectiveness of this biometric facial identification technology. The pilot will also explore combining TSA’s Secure Flight prescreening results and CBP’s Traveler Verification Service identification results to provide enhanced identity and security information for use by screening officers at the TSA checkpoint.

Meanwhile, DOD plans to conduct a pilot in late fiscal year 2021 of an FRT enhancement to an electronic physical access control FRT system, called Automated Installation Entry, to improve processing and minimize security risks. DOD personnel that volunteer for the new pilot will proceed to the enhanced access control points, which will match their faces against a database of DOD participants.

DHS reported plans to upgrade an existing FRT system and capabilities through fiscal year 2023. In December 2021, DHS plans to replace IDENT, which is its current system for processing and storing biometric data, with the Homeland Advanced Recognition Technology system. Initially, the Homeland Advanced Recognition Technology system will replace IDENT’s current capabilities, to include FRT, with DHS planning additional capabilities in subsequent years.