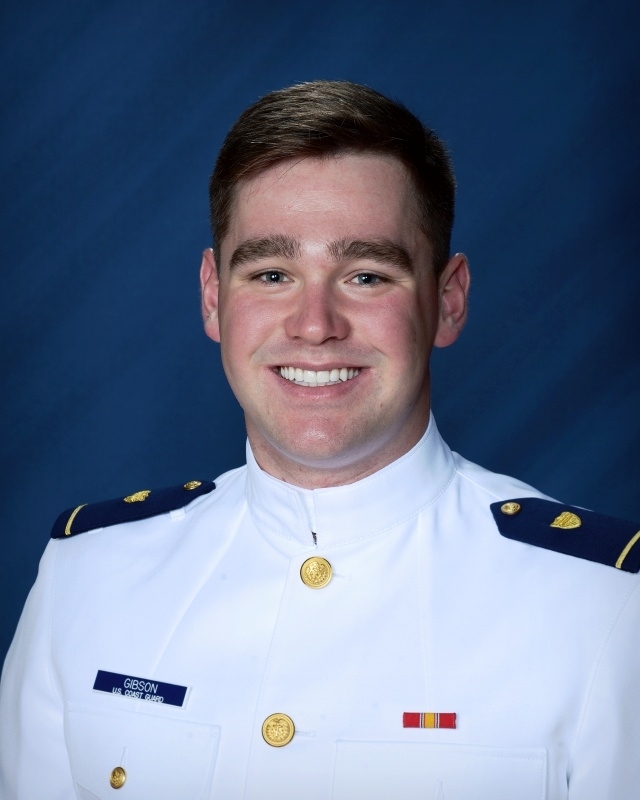 First Class Cadet Owen Gibson, a Civil Engineering major from the U.S. Coast Guard Academy, has received a Fulbright Award to pursue a two-year Master of Science degree in Water Resource Engineering and Management at the University of Stuttgart, Germany.

Gibson’s Fulbright research project will focus on climate change and soil erosion models. The goal of his research is to develop a model for assessing coastal soil erosion rates. The model will address the uncertainty of climate change using probability analysis and will be tested throughout coastal regions in Northern Germany. This type of research is vital in developing resilient infrastructure and adapt designs in anticipation of future soil erosion.

Gibson is a member of the Class of 2020, the Academy’s largest graduating class ever, which will celebrate a virtual graduation on May 20 due to the Covid-19 pandemic before heading out to Coast Guard units across the nation.

After his graduation from the University of Stuttgart, Gibson will serve as a deck watch officer on a Coast Guard cutter and later hopes to be assigned to a civil engineering unit.

“This program will help me to further develop and hone my engineering skills that I will use to advance the coastal resiliency efforts within and beyond my Coast Guard career,” said Gibson.

The Fulbright Program is the flagship international educational exchange program sponsored by the U.S. government and is designed to build relations between the United States and other countries that are needed to solve global challenges. The program is funded through an annual appropriation made by the U.S. Congress to the U.S. Department of State. Participating governments, host institutions, corporations, and foundations around the world also support the program.