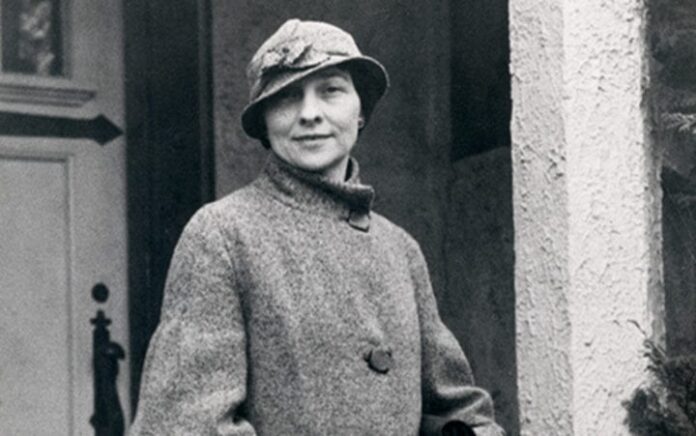 Friedman was a pioneering code-breaker for the Coast Guard during the Prohibition Era and World War II, serving within the Coast Guard Cryptanalytic Unit-387. She has been dubbed “America’s first female cryptanalyst” and in many ways could be considered the founder of the modern-day Coast Guard Intelligence Program.

Her work with the Coast Guard began soon after the passage of the Volstead Act, which prohibited the manufacture, sale, or trade of alcohol in the United States. Liquor smugglers frequently made use of radios to coordinate their activities and began to encode their messages. Friedman was detailed by the Department of Treasury to the Coast Guard thus beginning a remarkable career. Between 1927 and 1930, she is estimated to have solved over 12,000 smuggling messages in hundreds of different code systems, all by hand, with just pencil and paper. Her work led to 650 federal prosecutions and she personally testified in 33 cases.

During World War II, she was part of the team that broke the codes generated by the formidable Enigma-machine used by the Germans. She exposed a ring of German spies in South America, effectively denying them a foothold in the Western Hemisphere during the war. Her Cryptanalytic Unit eventually moved from Treasury and evolved into the modern Coast Guard Intelligence program. Only recently was her legacy fully appreciated when a journalist researched declassified papers to learn that she was pivotal in the German Enigma machine code-breaking as well as the Customs Prohibition operations.

The NSC is one of the largest and most technologically sophisticated vessels in the Coast Guard fleet. The 418-foot cutter is capable of operating in the most demanding open ocean environments around the globe, from the hazardous fishing grounds of the North Pacific to the vast approaches of the Eastern Pacific where it’s crews battle transnational crime.

Legend-Class cutters honor women and men who have a legendary status in the Coast Guard’s rich history. These individuals reflect a proud diversity of missions, historical periods, and career backgrounds, and continue to inspire us.

NSCs are replacing the 378-foot High Endurance Cutters, which have been in service since the 1960s. There are eight Legend-Class NSCs currently in service. The Coast Guard Cutters Bertholf, Waesche, Stratton, and Munro are stationed in Alameda, California, Hamilton and James are in Charleston, South Carolina, and Kimball and Midgett are homeported in Honolulu, Hawaii. The ninth cutter, Stone, is slated for delivery in fiscal year 2021. On December 21, 2018, the Coast Guard awarded a fixed-price contract option for the production of the 10th cutter, Calhoun, and the 11th cutter, Friedman.