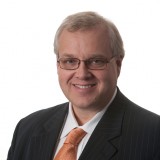 Last November, President Obama issued a memorandum to the Department of State, Department of Homeland Security (DHS) and other federal agencies requesting high-level recommendations for modernizing and streamlining the immigrant and non-immigrant visa system for the 21st century. The memorandum noted the current system is “confusing to travelers and immigrants, burdensome to businesses and results in long wait times that negatively impact millions of families and workers.”

The answer, naturally, lies in improving the technology on which our immigration and passenger experiences are built. With steadily growing numbers of travelers annually, a modern, unified border management system means using the best available technology to ensure controlled and secure–yet open—borders that incorporate automation and optimization and reduce long lines, bottlenecks and bureaucratic delays.

We’ve already made certain strides in improving the security and passenger experience at border control entry points via the electronic passport (or ePassport), currently in use in State Department-issued passports and in more than 600 million passports globally.

ePassports are more secure and fraud-resistant than traditional travel documents because they contain coding—a security key—that is unique to the passport and cannot be fraudulently generated; as well an embedded microchip that cannot be read without this security key. When a traveler re-enters the US from traveling abroad (or enters at international borders that have implemented ePassport technology), immigration officers scan the passport to “read” this embedded electronic information to ensure photos and other identifying features have not been altered.

With the ePassport system already in place, the federal government should now work to implement additional technology that is currently available but not being used in the United States: electronic visa (eVisas), which would achieve many of the goals outlined in the president’s memorandum and make our border control and visa issuance processes more integrated and intelligent.

eVisa systemsare designed for use at visa application centers, embassies, consulates and other visa-issuing locations. The technology-driven backend simplifies cumbersome administrative procedures and bureaucratic delays for both the visa applicant and the issuing authority.

With eVisas, an individual submits their documentation via the mail or at the embassy for approval by the issuing authority. The applications are then verified via multiple factors that include not only document authentication but biometric controls, as well as automatic cross-checks with national and international databases such as INTERPOL and Advanced Passenger Information System (APIS) to flag problems.

Once all documentation and other authentications are verified, the visa is issued and logged into a powerful national Visa Information System (nVIS), a comprehensive database that anticipates all movement of foreign nationals into and out of the country. At the entry point, the eVisa “stamp,” incorporated into the ePassport, is again validated via the nVIS.

The result of this secure, automated system is not only shorter wait times for visas to be issued and faster-moving lines at entry points, but the tackling of a major ongoing security risk (and expensive headache) for DHS – visa overstays.

While our border entry controls for foreign nationals are currently robust, our lack of exit controls is a serious hole. Calls for an entry-exit system are hardly new. Congress has passed legislation mandating deployment of an exit-tracking system eight separate times, beginning in 1996, and including three recently passed laws requiring a biometric control at the point of exit.

In 2011, the 9/11 Commission called for DHS, working with Congress, to “complete, as quickly as possible, a biometric entry-exit screening system,” further stating that “as important as it is to know when foreign nationals arrive, it is also important to know when they leave.”

Linking entry and exit through an eVisa system that aligns with a powerful database accessible by DHS officials and law enforcement would be a major step forward in not only streamlining the visa application process, but introducing strong underlying security controls. The technology is available, and we should be employing it.

Neville Pattinson is senior vice president of government programs for Gemalto North America. He is a leading expert and thought leader on digital security identity solutions including smart cards, electronic passports, mobile devices and hardware tokens that use secure microprocessor chips to keep identity credential data and biometrics secure and private. He was the first to recognize serious privacy issues relating to the lack of adequate security in proposed ePassport applications and led a global education initiative which resulted in all ePassports implementing appropriate security to protect the privacy of citizens. He’s is a founding board member of the Secure ID Coalition, and previously served as chairman of the Smart Card Alliance and is presently the Alliance’s Technical chairman and vice chairman of the Identity Council.