"His legacy was a model for compassionate public service, innovation, and customer service which remains a cornerstone at TSA today," Pekoske says. 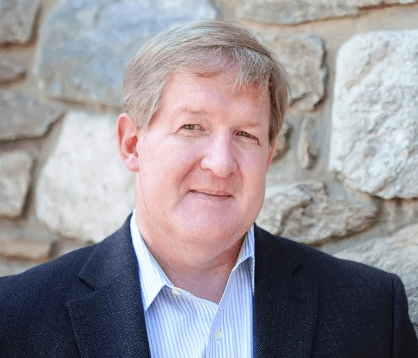 Hawley passed away Monday at his home in Pacific Grove, Calif.; he had been suffering from lung cancer. He is survived by his wife of 41 years, Janet, two sons, and three grandchildren.

“It is with a heavy heart that I share the loss of former TSA Administrator Kip Hawley,” tweeted TSA Administrator David Pekoske. “His legacy was a model for compassionate public service, innovation, and customer service which remains a cornerstone @TSA today. The #TSAWorkforce stands with Kip’s family and loved ones.”

Hawley was an editorial board member for GTSC’s Homeland Security Today. He began his career as a reporter for WBRU and then a Senate aide before serving as deputy assistant secretary at the Department of Transportation from 1981 to 1983. He served as a special assistant to the president until 1985 before leaving for the private sector, where his roles included being a VP at Citicorp and Union Pacific as well as president and CEO at Skyway.

Beginning a month after the 9/11 attacks, the former administrator took unpaid leave from Arzoon, a supply-chain software company in Silicon Valley, to advise DOT in the creation of TSA. From 2002 to 2005 Hawley served as chairman of the Air Traffic Services Board at the Federal Aviation Administration. He became TSA administrator in 2005 and led the agency through the end of the George W. Bush administration.

After TSA, Hawley worked as a consultant on risk management, security innovation, process design, change management, complex adaptive systems, and technology. He wrote the book Permanent Emergency: Inside the TSA and the Fight for the Future of American Security, released in 2013.

House Homeland Security Committee Chairman Bennie Thompson (D-Miss.) and Ranking Member John Katko (R-N.Y.) said in a joint statement that Hawley “played an integral role in the stand-up of TSA in the aftermath of the September 11, 2001, terrorist attacks” and the homeland security community “is saddened to lose an important contributor to the early days of TSA and the Department of Homeland Security.”

The two commended Hawley “for his service and dedication to securing our nation’s aviation system,” and said they shared “his focus on advocating for the dedicated professionals at TSA.”

“As he said in a statement for the record at our recent committee hearing on the State of TSA Twenty Years After 9/11, ‘intelligence and technology are critical to effective security, but people were – and still are – TSA’s strongest asset’,” the statement added.

Leave a tribute at the online memorial here.

This article was updated on 3/27