The concern now is not simply one of health but of having enough skilled workforce in operation to keep infrastructure functional. 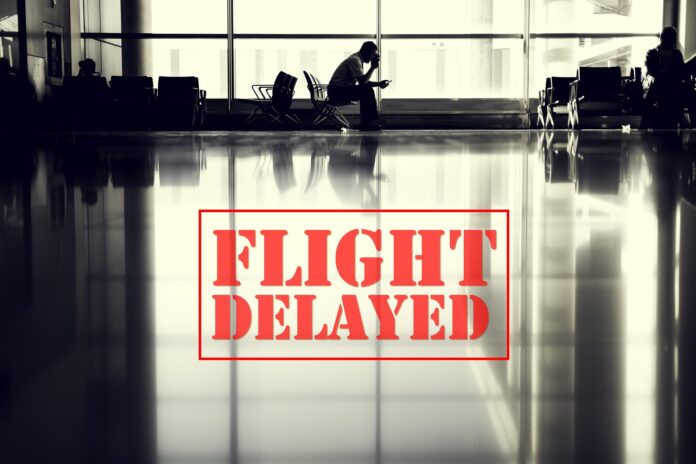 Omicron affected holiday travel in myriad ways, be it government-imposed protections, workforce shortages, or simply a lack of demand. Some travelers who might normally have taken a plane chose to stay home or take their own car to visit family and friends, but many who chose to fly faced disrupted plans.

Several airlines and airports around the world were hit with staff shortages as the Omicron variant of COVID-19 spread, making staff unwell and forcing many into self-isolation in an attempt to reduce transmission.

While world leaders have been playing down the severity of Omicron in terms of hospitalizations and deaths, the variant is highly transmissable. Consequently, the concern is not simply one of health but of having enough skilled workforce in operation to keep infrastructure functional. Thousands of travelers were affected by canceled or delayed flights due to staff shortages at U.S. airlines. United Airlines said rising numbers of Omicron had a direct impact on its operations and Delta said it had exhausted all options and resources before canceling flights.

Airlines for America (A4A) requested on December 23 that the Centers for Disease Control and Prevention (CDC) reevaluate and update the current isolation guideline that recommends 10 days of isolation for fully vaccinated individuals who experience breakthrough COVID-19 infections. A4A proposed an isolation period of no more than 5 days from symptom onset for those who experience a breakthrough infection. In addition, the proposal recommended that those individuals would be able to end isolation with an appropriate testing protocol.

CDC later revised its isolation guideline but the Association of Flight Attendants-CWA raised concerns in a statement from the association’s International President Sara Nelson:

“We said we wanted to hear from medical professionals on the best guidance for quarantine, not from corporate America advocating for a shortened period due to staffing shortages. The CDC gave a medical explanation about why the agency has decided to reduce the quarantine requirements from 10 to five days, but the fact that it aligns with the number of days pushed by corporate America is less than reassuring.

“There are two significant caveats in the guidance that recognize concerns raised by our union. CDC recommends reducing quarantine to five days only if asymptomatic and with continued mask wearing for an additional five days. If any business pressures a worker to return to work before they feel better we will make clear it is an unsafe work environment, which will cause a much greater disruption than any ‘staffing shortages.’

“We cannot allow pandemic fatigue to lead to decisions that extend the life of the pandemic or put policies on the backs of workers. Already the lack of paid sick leave creates pressure on workers to come to work sick. Corporations that fail to recognize this with paid sick leave, or pressure workers to come to work sick or face discipline, are failing their workers and their customers. Any Member of Congress who doesn’t support paid sick leave is saying that their constituents’ lives don’t matter.”

Nelson ended by calling for the pandemic to be taken seriously and to do what needs to be done to end it. The problem the whole world faces however is that there are those who would do whatever it takes and those who are willing to live with the pandemic without taking precautions. Add to this discord the global inequity of the vaccine rollout and it is clear that COVID-19 and all its variants are likely to remain for some time. In a difficult and ever-changing environment, the aviation industry must continue to adapt, support its workforce, and provide reassurances to travelers on measures taken.

Recent updates to protection measures have also caught out some travelers. On December 28, CNN reported that a Delta flight from Seattle to Shanghai turned around midair because of a change in cleaning rules at the Chinese airport. Delta said the new rules would have caused substantial delays had the flight landed in Shanghai as planned.

Elsewhere, Austria’s Innsbruck airport refused entry to more than 100 British tourists because they had not followed updated pandemic protections which required a negative PCR test result within 48 hours.

The International Air Transport Association (IATA) has issued a statement on the risks of catching COVID-19 on board an aircraft after the association’s Medical Advisor Dr David Powell told Bloomberg that the risk of catching the Omicron variant of Covid-19 during a flight could be “two to three times greater” than that of the Delta variant.

“The aircraft cabin remains a very low risk environment for contracting COVID-19 even though Omicron appears to be more transmissible than other variants in all environments,” said IATA.

“According to IATA’s Medical Advisor Dr. David Powell, factors that contribute to the very low risks include aircraft design characteristics (direction of air flow, rate of air exchange and filtration), the forward orientation of passengers while seated, well-enforced masking, and enhanced sanitary measures. The controlled nature of the aircraft cabin compared to other enclosed environments adds a further measure of protection, Dr. Powell noted.

“Public health authorities have not suggested further measures for indoor environments as a result of Omicron; and IATA’s advice for travellers, including correctly wearing masks, is unchanged and even more important,” the statement concluded.

The aircraft cabin is a controlled environment compared to an airport, however. Many airports have taken every sanitary and health safety measure possible but inevitably there will still be instances where lots of people are crowded together indoors, making masks – particularly N95 masks or similar – vital at transportation hubs.

The Transportation Security Administration (TSA) echoes this. “You’ve heard it a thousand times—wear a mask,” said John Bambury, TSA Federal Security Director for John F. Kennedy International Airport. “I wear a mask every single day at the airport, which is one of the top recommendations from the CDC. If you’re flying, you should also consider carrying an extra mask so that if the elastic band snaps on your mask, you’ve got a spare one handy. Also, you may want to change into a fresh mask upon arrival at your destination. If you don’t have a mask, the TSA officer at the travel document checking podium will offer you one for free. When you get to the travel document podium, the TSA officer will ask you to remove your mask for just a few seconds to verify that your face matches the ID that you are presenting.”

Thomas Carter, TSA Federal Security Director for Newark Liberty International Airport adds: “The CDC recommends washing your hands frequently. Consider washing your hands before and after completing the security screening process. If it is not possible to wash your hands, please use hand sanitizer. TSA has instituted a temporary exemption from the 3-1-1 rule, that permits travelers to carry up to one 12-ounce container of liquid hand sanitizer per passenger, in carry-on bags. You can also bring individual hand wipes or a large tub of hand wipes with you to help wipe down your hands and even handles of your carry-on bags.”

“Do your best to socially distance from others whenever possible,” said John C. Allen, TSA Federal Security Director for Yeager Airport. “By that I mean, leave some extra space between the traveler in line ahead of you. Take that an extra step back. After you go through the checkpoint scanner, that’s another opportunity to take an extra step back while you wait for your carry-on items along the conveyor belt. Look around, see where you can wait for your carry-on items a little farther away from fellow passengers. Then take your belongings off to the side to put on your shoes, jacket and other items so that you’ve got some extra space of your own to recompose.”

TSA offers various other healthy travel tips and advice. Being COVID-aware not only protects individuals and helps them go about their lives but can help protect the entire transportation infrastructure from cancellations and delays caused by staff shortages.

Unfortunately, not all passengers follow the advice of health and transportation experts. Transport Canada is currently conducting an investigation after a group were filmed partying without masks on board a flight from Motreal to Cancun, Mexico. At the time of writing, the group find themselves stranded after airlines have declined to fly them home.

In a statement, Transport Canada said it has been in contact with the airline concerning the private charter flight to Cancun. “Should the department determine that non-compliance with Transport Canada regulations and requirements has occurred, fines of up to $5,000 per offense could be issued to passengers,” the statement read.

The Public Health Agency of Canada (PHAC) and its partners coordinate the processing of travelers returning to Canada. Travelers suspected of non-compliance are referred to PHAC. Any questionable or fraudulent documents will be retained. Transport Canada says that providing false information to a Government of Canada official upon entry to Canada is a serious offense which may result in penalties and/or criminal charges. If found guilty under a summary conviction, a traveler could face fines of up to $750,000, six months in jail, or both. When endangering the lives of others and causing harm, a traveller could be subject to up to three years in prison and/or up to $1 million in fines.