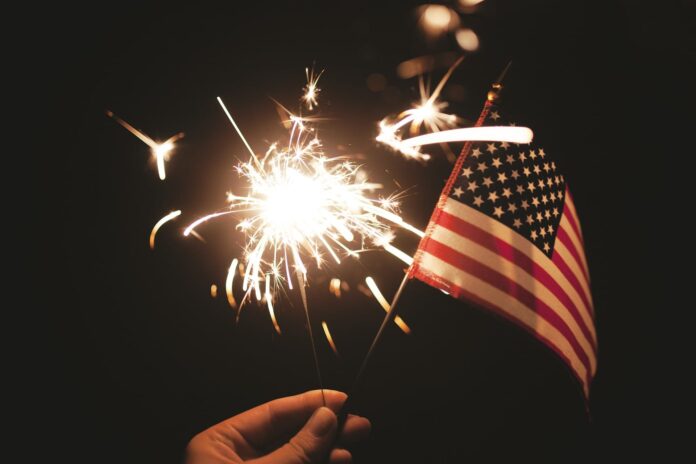 A Maple Heights man has pleaded guilty to crimes related to his plot to launch a terrorist attack in Cleveland on Independence Day. The announcement was made by Assistant Attorney General of National Security John C. Demers, U.S. Attorney Justin Herdman for the Northern District of Ohio, and Special Agent in Charge Eric B. Smith for the FBI Cleveland Field Office.

According to an affidavit filed in the case, between 2015 and 2017, Pitts expressed anti-American sentiments and expressed a desire to recruit people to kill Americans.  The defendant expressed a desire to meet with an al Qaeda “brother” and in June he was introduced to an FBI employee acting in an undercover capacity (UCE), who Pitts believed was such a “brother.”

Pitts and the UCE met in Walton Hills, Ohio, in 2018, where they discussed launching an attack for al Qaeda during the July 4th holiday.

Pitts searched Google for a map of downtown Cleveland.  After learning the fireworks would be launched from Voinovich Park, Pitts said: “Oh there you go. Oh yeah.”  He was also pleased the park was near the U.S. Coast Guard station, the Army Corps of Engineers, and the Celebrezze Federal Building.

The meeting concluded with Pitts indicating to the UCE that he would travel to downtown Cleveland soon to take photographs and videotape footage as part of surveillance efforts of Voinovich Park and the U.S. Coast Guard station.  He also expressed a desire to take a tour of the U.S. Coast Guard station to gain as much information as he could about the layout of the facility.

On June 25, Pitts met with an FBI confidential human source (CHS) in Maple Heights, Ohio, for to retrieve items used to conduct surveillance for the July 4th attack.

On June 26, Pitts contacted the UCE via text message and relayed that he had completed the reconnaissance of the designated spots in downtown Cleveland and that he desired to “destroy the government.”

Pitts also indicated he intended to travel to Philadelphia, since Philadelphia is his hometown and he knows it best.  Pitts indicated it was his “job” to “go look at the base of the ground” and that it was up to other “brothers” to complete other parts of the job.

On June 27, Pitts met with the CHS and turned over the phone that contained the reconnaissance photos and videos, so they could be provided to the al Qaeda brothers.

Later on June 27, Pitts and the UCE met in Maple Heights then drove to downtown Cleveland, where they discussed the impending July 4th bombing.

A search of the phone that Pitts provided to the CHS revealed that he made two videos in which he pledged allegiance.  He stated, in part: “We serve Allah . . . We fight our enemies.  We destroy them and destroy those who try to oppose…”

The phone also had four videos taken by Pitts that show him walking down East 9th Street in Cleveland, pointing out potential targets such as the federal building, the Coast Guard station and St. John’s Cathedral, which he said could be taken “off the map.”

On July 1, Pitts met with the UCE in Garfield Heights, Ohio, for Pitts to explain his plan for Philadelphia.  Pitts said he planned to travel there to conduct reconnaissance for a future attack in Philadelphia.  Pitts stated a truck bomb packed with explosives, such as the one used in Oklahoma City, Oklahoma, would be the best way to cause maximum damage.

Pitts was reminded by the UCE that people would die and body parts would be flying around.  Pitts responded “I don’t care” and that he had “no regrets,” would be able to “go to sleep” and “I don’t give a (expletive).”

Pitts also pleaded guilty today to threatening to kill the President of the United States and his immediate family members, namely his daughter and son-in-law.

Pitts is scheduled to be sentenced on February 11, 2020. Under the terms of his guilty plea, Pitts is likely to be sentenced to 14 years in prison followed by a lifetime of supervised release.

The FBI-Cleveland Division’s Joint Terrorism Task investigated the case, which is being prosecuted by Assistant U.S. Attorneys Michelle Baeppler and Jerry Teresinski of the Northern District of Ohio, and Trial Attorney Paul Casey of the National Security Division’s Counterterrorism Section.