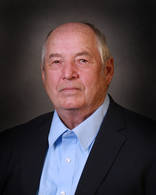 A sad fact about our world, especially in America, is that it often takes a catastrophe to see even remotely clearly. The 100-plus deaths at the hands of ISIS, Islamic jihadists in Paris will ignite an epiphany of sorts. The free world will once again be reengaged in the war that has morphed into another new normal, and we will march with intent to once and for all rid the free, decent world of this evil. The question is, how long will it be before we find ourselves back in a state of mind that invited such an assault in the first place?

Lesson number one: we will never defeat extremist Islam. The only people who can defeat this ideology completely is the Muslim community itself, but it is either incapable, or unwilling, to do so. The best the rest of us can do is maintain a worldwide status of extreme alert, in much the same way a smaller community would do if a violent serial criminal was on the loose among them. The difference is, not all Islamist jihadist criminals will never be caught.

Lesson number two: Violent extremist Islam can never be appeased or cajoled into living peacefully among the rest of the world. Unfortunately, our current slate of world leaders– chief among them the leaders of the most powerful nation in the world, America — are convinced this is the only way to deal with radical Islam.

We must recognize that extremist Islam is pursuing a holy agenda, not a political one. Assuming that extremist Islam can be appeased in some way, or convinced that we are their friends and we can all live and worship in peace, is like assuming that a devout Christian can be convinced to forego, or ignore, the command of his God and trade his belief in Christ for something material. If the chances a true Christian can be convinced to do that are minimal, then the chances that an extremist Muslim will do that, for the same reasons, are less than zero.

Unfortunately, our leaders, anxious to avoid a conflict, are operating on that very premise.

Lesson number three: We must understand the operational fronts upon which Islamist jihadists are fighting. First and foremost is the objective to spread Islam as they perceive it throughout the world. The fact is, most religions have a mandate to spread their faith throughout the world, but for every other religion, the process is one of “offering the opportunity.” But for those in the world of extremist Islam, there is no offer, and no opportunity to choose – they demand conversion or die.

Convert or die a horrible death is for them a religiously mandated message they must deliver to the world. Today, we need look no further than northern Iraq and Syria to see evidence of this in the headless bodies of the men, women and children who have chosen to refuse the demand to convert to Islam. The second front upon which these Islamist extremists are fighting is that of convincing the world not to interfere with their religious mission. And this mission was seen in Paris last Friday.

It was a warning shot to the world not to take steps to stop them – a free world that had been far too silent in response to Islamist brutality. The Paris atrocity was a bold move that has emboldened like-minded jihadists globally.

Lesson number four: The greatest enemy the extremist Muslim has is the extremely moderate Muslim. This enemy, therefore, is the greatest ally the free world has. Most analysts agree that a growing percentage of the Muslim world, considered extreme in their religious views and their desire for worldwide sharia, is around 25 percent. Further, the “moderate” Muslim community is considered to make up another 35 percent to 40 percent.

Moderate in this case means they might be convinced to attack America, or at least support such a move. This leavesan assumed 35 percent of Muslims who have no intention of supporting extremism and indeed might be convinced to report ongoing plots. This 35 percent defines the Islamic extremists’ third operational front. But in order for extremist Islam to succeed in its mission, this 35 percent defined as infidels, non-believers and Satanists must be destroyed. Indeed, around the world, the greatest number of victims of extremist Islam are other Muslims.

Our road ahead: America must take the lead in fighting this enemy. As it stands today, we don’t have leadership with the will to do so, but that may soon change. We must realize that the enemy we fight, the enemy that holds America as second only to Israel in terms of a foe that must be eliminated, will never be cajoled into peace. We must also realize the American people must be made aware of the fact that this is going to be a generational struggle — a struggle we must undertake for the sake of the next several generations of Americans.

We must cease embracing any segment of the Muslim population that isn’t within the 35 percent committed to peaceful co-existence. Muslims who choose to live in America have the same moral obligation every other American has; namely a duty to peace and to do everything within their power to stop anarchy and to stand against those who would destroy our nation and our way of life.

There are literally hundreds of thousandsof Muslims begging to enter the United States who have proven on the battlefield their commitment to our nation. These are the Muslims we must welcome into our country.

Finally, we must immediately cease any concern for political correctness. We must realize we are in dire straits and that politeness and the obsession for people’s feelings is going to kill us if it is not balanced with reason and a concern for national security. Indeed, though it may seem crass to say at this moment, such a policy of concern for the feelings of the Muslim community may have opened the door for the attackers in Paris.

The French have for years had a somewhat comparatively relaxed attitude toward intelligence collection in their country. Many experts believe their counterintelligence program, designed to gather information of just such attacks as the one Friday, has been curtailed to an even greater degree in recent years due to concerns over political correctness.

The attack Friday which killed upwards of 150 people and involved at least 8 attackers in a highly coordinated action required at least 30 days planning and will most assuredly prove to have involved an additional dozen or more support personnel. Uncovering hints of this sophisticated operation is precisely the function of counterintelligence operations. The fact that little, if any, information was discovered prior to the event is prima facie evidence of a counterintelligence failure.

Counterintelligence operatives and officers themselves do not unilaterally decide to fail. They are to a man and woman committed to their job and the ultimate goal of protection their forces. Their failures always stem from command directives and these directives are always politically driven.

In short, in the interest of political correctness, French CI operatives have for years been ordered to curtail operations. America is in danger of following their lead. Political correctness is a luxury to be enjoyed in times of extreme peace; in times where not a hint of danger can be detected on the horizon. The world is far from such times.

Contributing Writer Godfrey Garner is a veteran special operations counterintelligence officer who retired from US Special Forces in 2006. He served two military tours and six civilian government related tours in Afghanistan. His work there most recently was as a counter-corruption analyst. Garner is author of, Danny Kane and the Hunt for Mullah Omar, and, The Balance of Exodus. Also read his recent report, ANALYSIS: The New, and Muddled, Future of Afghanistan and Spread of Jihad, and his November 2013 Homeland Security Today report, Withdrawing from Jihad.