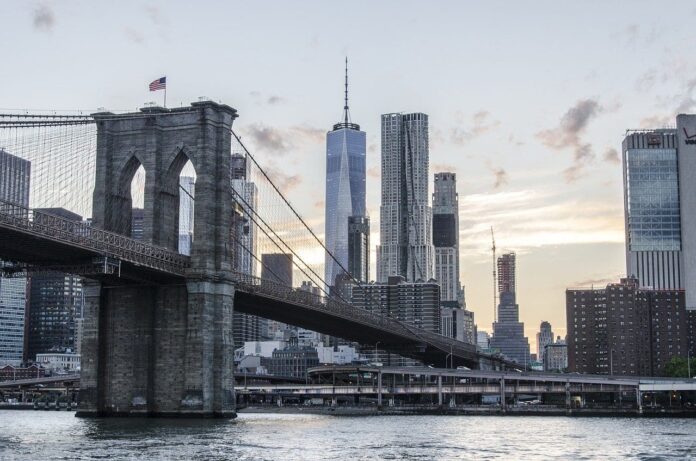 A New York woman was sentenced today to 198 months, about 16 and a half years, in prison for her role in planning a terrorist attack in the United States.

Noelle Velentzas, 33, of Queens, was convicted of teaching or distributing information pertaining to the making and use of an explosive, destructive device, or weapon of mass destruction in furtherance of a planned federal crime of violence. Co-defendant Asia Siddiqui pleaded guilty on Aug. 23, 2019 and was sentenced to 15 years in prison in January 2020.

“As part of her plan goal to wage violent jihad, Velentzas and her co-defendant Asia Siddiqui researched and taught each other how to construct bombs to be used on American soil against law enforcement and military targets,” said Assistant Attorney General John C. Demers of the Justice Department’s National Security Division. “With the sentence imposed by the court, Velentzas has been held accountable for her crimes. The Attorney General recently reminded us that we must remain vigilant against threats from international terrorism, and we are grateful for those agents, analysts and prosecutors who were and brought Velentzas to justice before she could carry out her plans.”

“The defendant expressed her support for foreign terrorist organizations like al-Qaeda and the Islamic State of Iraq and al-Sham by learning how to build bombs and other explosive devices and targeting members of law enforcement for terror,” said Acting U.S. Attorney Mark J. Lesko for the Eastern District of New York. “Today’s sentence imposes a just punishment on the defendant for her planned horrific crimes. Counterterrorism and protecting the American people remain among the highest priorities of the Department of Justice, and this Office, together with the FBI, the NYPD and our Joint Terrorism Task Force partners, will continue to exercise extreme vigilance to incapacitate terrorists.”

According to court documents, between approximately 2013 and 2015 Velentzas and her co-defendant planned to build a bomb for use in a terrorist attack in the United States. In furtherance of their plan, the defendants taught each other chemistry and electrical skills directly related to creating explosives and building detonating devices; studied the explosives used in past terrorist attacks including the Boston marathon bombing, the Oklahoma City bombing and the 1993 World Trade Center attack; researched how to make plastic explosives and build car bombs; shopped for and acquired materials to be used in an explosive device; and assessed potential targets of an attack, focusing on law enforcement and military-related targets.

While engaging in these activities, Velentzas repeatedly expressed her support for promoting and waging violent jihad and her desire to commit acts of violence. Velentzas claimed that Osama bin Laden was her hero, and expressed praise for the September 11th attacks as well as Mohammed Shnewer, who was convicted of plotting a terrorist attack against members of the armed services at Fort Dix in New Jersey.

At the time that Velentzas and Siddiqui were arrested in 2015, law enforcement officers searched their residences and found tools of the trade for a terrorist attack, including propane gas tanks, soldering tools, car bomb instructions and jihadist literature, machetes and knives.

The FBI’s New York Joint Terrorism Task Force, which consists of investigators and analysts from the FBI, the NYPD and over 50 other federal, state and local agencies, investigated the case.