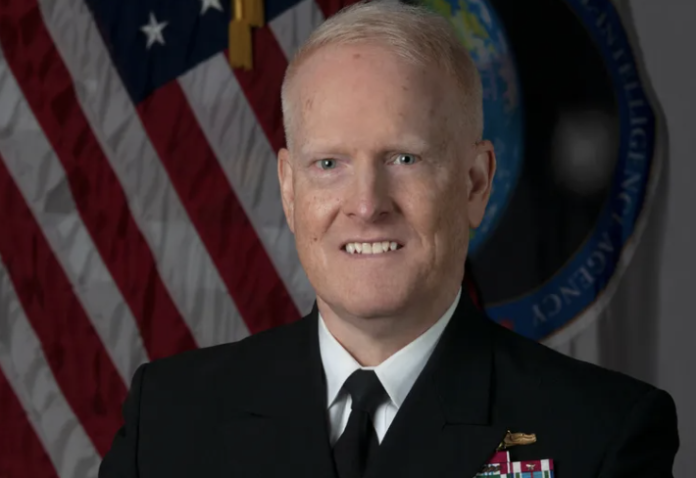 “I have had the great pleasure of working with him in his role as the J2 for the Chairman, and I have found him to be a leader with integrity and passion,” Haines said. “An expert strategist and consummate intelligence professional, he will lead NGA’s spectacular workforce into the future at a time when its role in our national security could not be more critical.”

Whitworth is a 1989 graduate of Duke University Durham, North Carolina, with a Bachelor of Arts in Political Science. He holds a Master of Arts in National Security Studies from Georgetown University, Washington, District of Columbia, as well as a diploma from the Naval War College in Newport, Rhode Island.

Whitworth’s shore-based tours included the National Security Agency, chief of targets for the U.S. Central Command area of responsibility; Navy federal executive fellow to American Enterprise Institute; senior duty officer at the White House Situation Room; intelligence briefer for the Chief of Naval Operations and Secretary of the Navy; and intelligence watch analyst at the Office of Naval Intelligence and the National Military Joint Intelligence Center.

“Our nation’s leaders and our uniformed service members rely on NGA to defend this nation, protect our interests abroad, and defeat our adversaries,” said Whitworth. “In lockstep with our global GEOINT partners, we will continue to deliver “GEOINT advantage” to every echelon – from strategic decision-makers to our forces at the tactical edge.”

Director Haines also thanked Vice Admiral Robert Sharp, who became director in February 2019, and will be retiring at NGA after 33 years of service, including holding positions as the commander of the Office of Naval Intelligence and director of the National Maritime Intelligence-Integration Office.

“I also offer my deep appreciation to Vice Admiral Robert Sharp for his extraordinary contributions to and leadership in the Intelligence Community,” Haines said. “His investments in the NGA workforce and passion for our work is world-renowned – he simply makes everyone around him better. Bob is one of the most exceptional and talented people I’ve had the pleasure of working with, and we wish him a very happy retirement.”