“We live in an era when it is safer to fly in an airplane 30,000 feet above the ground than it is to walk down the street,” said U.S. Transportation Secretary Pete Buttigieg. “This National Pedestrian Safety Month, we must redouble our efforts to address the urgent national crisis on our nation’s roads, and do everything in our power to keep pedestrians safe.” 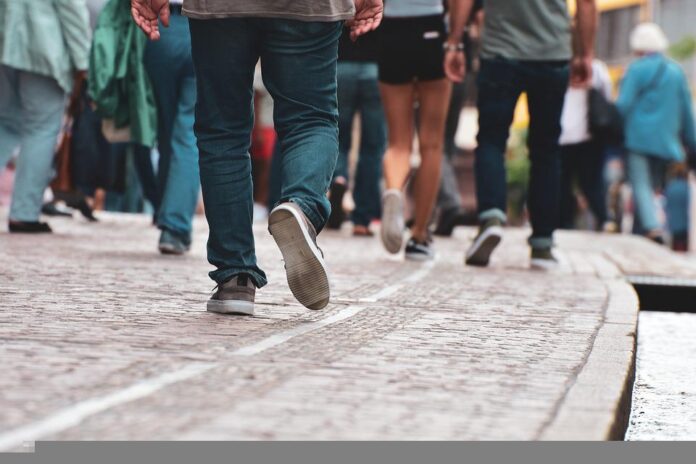 “We live in an era when it is safer to fly in an airplane 30,000 feet above the ground than it is to walk down the street,” said U.S. Transportation Secretary Pete Buttigieg. “This National Pedestrian Safety Month, we must redouble our efforts to address the urgent national crisis on our nation’s roads, and do everything in our power to keep pedestrians safe.”

“No one should die while walking to school, work, the grocery store, or for exercise. Our roads must be safe for everyone, inside and outside a vehicle,” said Acting NHTSA Administrator Ann Carlson. “National Pedestrian Safety Month draws attention to the risks people face while walking or rolling and reminds all drivers to watch for pedestrians and other vulnerable road users.”

“Safety for all road users is our top priority, and FHWA is working year-round with communities across our country to use a Safe System Approach to design roads that are safe for all users and encourage safe speeds,” said Acting Federal Highway Administrator Stephanie Pollack.

“Every transit rider is, at some point, a pedestrian,” said Federal Transit Administrator, Nuria Fernandez. “To have a truly effective transportation system in our nation, we must ensure that every part of it is safe, from door to destination. National Pedestrian Safety Month allows us to really focus on the solutions that keep more Americans safe when they choose to walk.”

“FMCSA’s mission is roadway safety and to prevent crashes and injuries involving large trucks and buses, including crashes that involve our most vulnerable roadway user, the pedestrian,” said FMCSA Administrator Robin Hutcheson. “We are an integral part of the National Roadway Safety Strategy and work within the Safe System Approach. We will continue to strive for safer people, safer vehicles, and safer speeds so that all who use our roadways can reach their destinations unharmed.”

Most pedestrian fatalities occur at night, which is why FHWA recently published the Pedestrian Lighting Primer, a resource for transportation practitioners installing and improving pedestrian lighting at locations with existing and future pedestrian activity.

The FHWA has also partnered with FTA to improve safety for pedestrians and bicyclists near transit stops. The agencies released a new guide, Improving Safety for Pedestrians and Bicyclists Accessing Transit, to address common safety issues likely to arise near transit stations, bus stops, and other places where bus or rail transit systems operate. The guide can help transit agencies, State and local roadway owners, and regional organizations in addressing pedestrian and bicyclist safety concerns in accessing transit.

As part of efforts to improve pedestrian safety, NHTSA is also launching a new paid media campaign from October 10-31 to educate drivers about the dangers of illegally passing stopped school buses and pedestrian safety for children when boarding and leaving a school bus.

Earlier this year the Department launched the Safe Streets & Roads for All Discretionary Grant Program, funded through President Biden’s Bipartisan Infrastructure Law with $5 billion in appropriated funds over the next five years. In fiscal year 2022 (FY22), up to $1 billion is available for local communities to make the streets safer for people walking. Applications for this program recently closed and awards will be announced in the coming months.