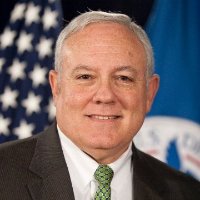 Greg Marshall joined the US Department of Homeland Security (DHS), Office of the Chief Security Officer (OCSO) in 2007. In December of that same year, Greg became a member of the Senior Executive Service when he was promoted to Deputy Chief Security Officer. In that role, Greg was responsible for the development, implementation, and oversight of all DHS security policies, programs, and standards. Together with the Chief Security Officer (CSO), Greg led an organization comprised of over 250 federal employees and 50 contractors. Greg also led the physical security efforts at DHS headquarters and managed a force of 25 federal law enforcement officers and special agents (criminal investigators), as well as an armed guard force of over 140 officers.

In March of 2011, Greg was appointed as the DHS Chief Security Officer (CSO) by then Secretary Janet Napolitano and Undersecretary for Management Rafael Borras. As CSO, Greg served as the Secretary’s principal representative for all security-related matters, advising the Secretary and Under Secretary on security-related issues affecting over 240,000 DHS employees, their facilities, property, equipment and other material resources. Greg had oversight responsibilities for the administration of the personnel security, special security (SCI), special access programs, insider threat, and protection of classified information programs at DHS.

Working as CSO Council Chair, Greg worked with each of the DHS Component chief security representatives to integrate all security programs used to protect the Department and the Nation. Greg was a sitting member of the Director of National Intelligence’s Security Directors Board, and the DHS representative to the White House committee that reviewed the tragic Navy Yard shootings and made recommendations to both President Obama and US House of Representatives.

Greg retired from federal service in July 2015 after 13 years of combined federal service. Greg then joined the 10,000 member Maryland Department of Public Safety and Correctional Services, where he served as Executive Director of Human Resources. In that role, he was responsible for recruiting, hiring, retention, risk management, employee discipline, and health matters involving both employees and inmates.

Greg holds an MS in Management from the Johns Hopkins University and is a graduate of the FBI National Academy.  Greg holds executive certificates from Harvard University’s John F. Kennedy School of Government and the Southern Police Institute. Greg enjoyed a 32 career in law enforcement as a federal officer, and as a police commander and deputy sheriff with two metropolitan DC police agencies.

Today, Greg writes and consults on a variety of law enforcement and security related matters.