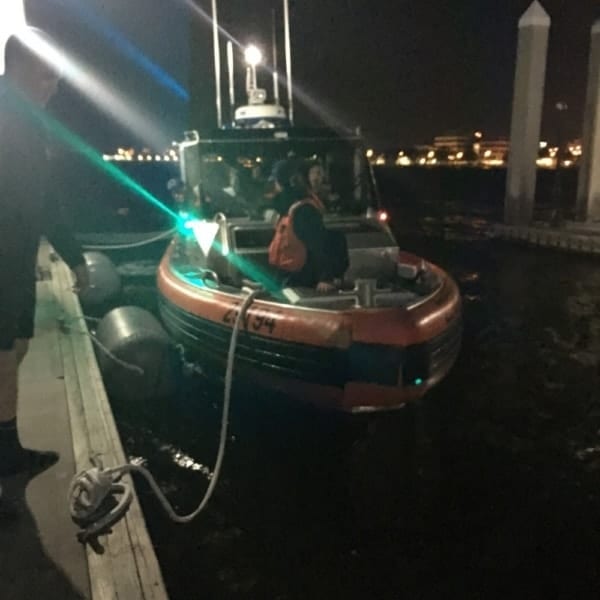 The Coast Guard rescued five adults and two children from their disabled 14-foot boat in Tampa Bay on Sunday.

Sector St. Petersburg watchstanders received a call stating a line had wrapped around the propeller and disabled the engine.

Watchstanders directed the caller to anchor the boat and issued a Marine Assistance Request Broadcast asking for assistance from other boats in the area. After no reply to the MARB, a 29-foot Response Boat-Small II boatcrew from Station St. Petersburg was launched.

Watchstanders received a 911 transfer call from Pinellas County Dispatch reporting multiple people on the 14-foot boat were panicked, stating they were shooting off flares, and needed emergency assistance as the boat was drifting down the channel.

On the transit to assist the seven people, the Coast Guard boatcrew lost function of one of the two RB-S II motors. Still able to use one motor, the crew arrived on scene and rescued the seven people.