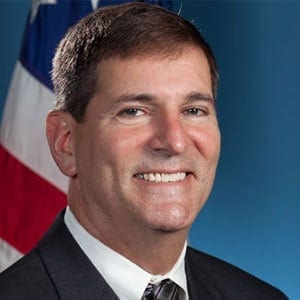 Jason Miller of Federal News Radio reported Jan. 29 that Jeff Eisensmith, the chief information security officer for the Department of Homeland Security, announced he is retiring after more than 32 years in government.

Multiple sources confirmed that Eisensmith’s last day will be at the end of April, Miller wrote.

Eisensmith has been CISO for five years and previously worked in a similar role for the Immigration and Customs Enforcement directorate from 2007 to 2012.

He began his federal career in 1985 with the FBI and took a stint in industry working for BAE Systems.

During his time as CISO, Eisensmith led DHS’ return to respectability in the cybersecurity community.

After repeated internal cyber struggles in the mid-2000s, DHS turned the corner with new CIO leadership and Eisensmith complimented those efforts by implementing, among other things, a new cybersecurity maturity model that focuses on risk management.