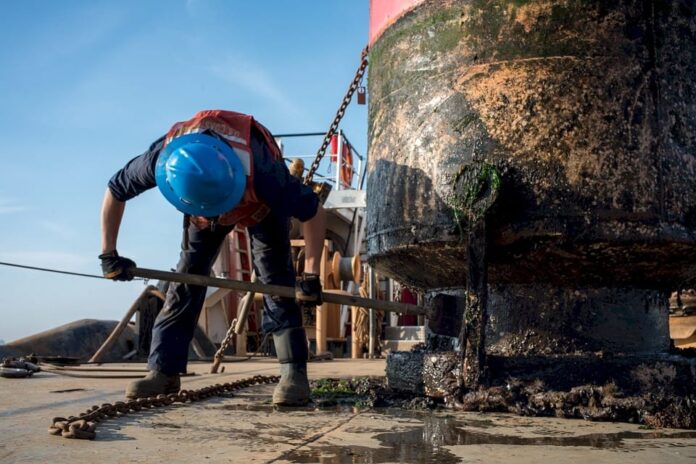 The Coast Guard maintains a network of signs, markers, buoys, and lighthouses to help mariners safely navigate through U.S. waters. The condition of these aids to navigation (ATON)—both fixed and floating—has declined in recent years while the overall costs for repairing or replacing them have gone up.

According to Coast Guard data, its key metric for ATON condition—the Aid Availability Rate, or percentage of time that ATON are functioning correctly—declined from 98.0 to 97.1 percent during fiscal years 2014 through 2018, dipping slightly below the 97.5 percent target rate in fiscal years 2017 and 2018.

The Coast Guard faces challenges in managing its fixed and floating ATON and has developed plans and initiatives to address them, but GAO says it has limited assurance that the plans and initiatives will be effectively implemented. According to Coast Guard officials, the challenges include decreased availability of vessels to service ATON, reduced ability to provide routine ATON servicing in a timely manner due to severe weather, among other factors, and limited capacity at ATON major repair and refurbishment facilities.

GAO’s review found that Coast Guard has developed plans to guide the ATON program, and these plans have led to the development and implementation of various initiatives at the headquarters and field unit levels to address these challenges. However, the initiatives do not contain certain elements that help ensure effective implementation—such as desired outcomes and schedule milestones and completion dates—as recommended by leading program management practices. According to Coast Guard officials, they are still developing guidance and procedures for ATON-related initiatives that are to be implemented by the districts.

Following the review, Coast Guard plans to review and update ATON-related initiatives to include specific outcomes with associated implementation milestones by December 31, 2020.