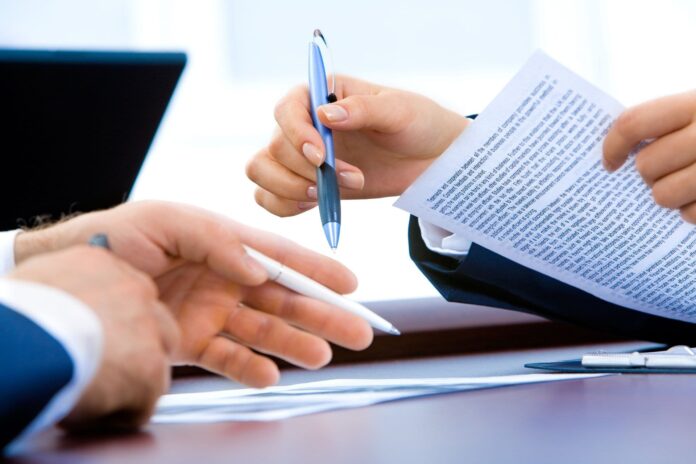 A new report from the Government Accountability Office (GAO) says the Department of Labor (DOL) determined that 60 contractors should be excluded from receiving new federal contracts for three years.

DOL has found numerous violations of the Service Contract Act (SCA), leading to over $220 million in back wages for workers. The SCA is enforced by DOL and provides pay and benefit standards for service workers—such as security guards and janitors—on covered federal contracts.

From fiscal years 2014 through 2019, the U.S. government obligated over $720 billion on contracts covered under the SCA, out of nearly $2 trillion in service contract obligations overall.

DOL completed over 5,000 SCA cases, which for many resulted in the awarding of back wages to federally contracted security guards, janitors, and other service workers, in fiscal years 2014 through 2019. GAO reports that DOL found SCA violations—primarily of wage and benefit protections—in 68 percent of cases.

Employers across a range of service industries agreed to pay around $224 million in back wages. Sixty cases resulted in debarment—a decision to prevent an employer from being awarded new federal contracts for three years. DOL’s strategic plan emphasizes optimizing resources for resolving cases using all available enforcement tools. However, GAO found that DOL does not analyze its use of enforcement tools, such as debarment or employer compliance agreements.

The Department of Defense (DOD) ranks first among federal agencies in contract spending, generally, and cases that focused on DOD contractors made up about 35 percent (1,843) of DOL’s completed SCA cases during this time frame. For fiscal years 2014 through 2019, DOD obligated around $2 trillion on its contracts, which represented 64 percent of total federal contracting obligations during that time.

Other contracting agencies that had a relatively high number of contractors as the subject of SCA cases included the U.S. Postal Service, Department of Homeland Security and the Department of Veterans Affairs.

DOL officials said the debarment process can be lengthy and resource-intensive. One official described a years-long debarment case in which the contractor was able to obtain new contracts and continued to commit violations during the course of the lengthy debarment review. In addition, debarring contractors can be challenging when they hold multi-year contracts with the federal government. DOL officials said that since contractors may be permitted to complete existing contracts (unless the agency head directs otherwise), it is possible for a multi-year contract period to outlast the three-year debarment period. Debarment may be less effective, according to DOL officials, if the debarred contractor starts a new business under a different name or under a family member’s name and obtains new federal contracts during the debarment period.

The DOL officials that GAO spoke to noted that alternatives to debarment, such as using compliance agreements, can sometimes resolve cases faster and without litigation.