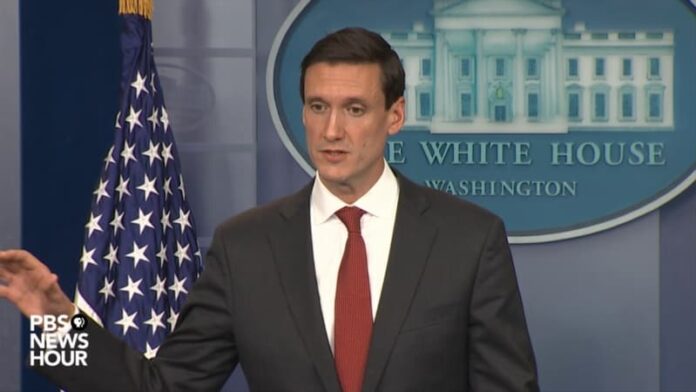 The White House announced today that Homeland Security Advisor Tom Bossert is to step down a day after John Bolton started as national security advisor.

Bossert’s resignation was announced by White House spokeswoman Sarah Sanders, in a statement.

“The president is grateful for Tom’s commitment to the safety and security of our great country,” she said. “Tom led the White House’s efforts to protect the homeland from terrorist threats, strengthen our cyber defenses, and respond to an unprecedented series of natural disasters”

“Since the beginning of this administration, Tom Bossert has provided wise counsel to the president on homeland security issues,” DHS Secretary Kirstjen Nielsen said in a statement. “Over the last 15 months I have enjoyed working with Tom on a range of current and emerging threats to our nation – particularly in cyber security and disaster response. We at DHS thank him for his partnership and service and wish him the best as he takes new steps in his career.”

The White House has not given a reason for Bossert’s departure as the president has pledged to ramp up border security.