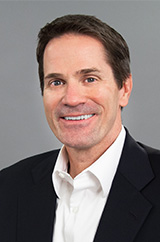 Portice brings to Intermedix more than 20 years of experience in the government, business and health care industries. He was co-founder and former chief operating officer of Enclarity, and most recently served as division president of government solutions and corporate strategy at HMS Holdings Corp.

“The Intermedix team has built a strong and innovative enterprise with market leadership and operations in the US and around the world,” Portice said. “It is both an honor and a privilege to lead the company in the next phase of its growth and lifecycle.”

Homeland Security Today asked Portice what developments he foresees for the company in its emergency management activities.

“As CEO, it is my vision for Intermedix to spearhead future innovations in emergency management," he replied. "We are focused on creating an elegant delivery system to enable cross-jurisdictional data sharing and analytics among all stakeholders in a resilient community, from government to corporations and nonprofits. It is our goal to do so in a way that improves the overall effectiveness and efficiency of the system and its users.”

Intermedix co-founder Doug Shamon, who has held the position of president and CEO since the company’s inception, will continue to be involved in corporate strategy as chairman of the board of directors.

“The future is bright for Intermedix,” Shamon said. “I am confident that with Joel’s fresh perspective, Intermedix will continue to be an innovative leader and provide world-class solutions to support global health and safety.”

Portice was selected as CEO by the Intermedix board of directors following an extensive national search.

Intermedix is majority owned by private equity firm Thomas H. Lee Partners. The company connects more than 95 percent of the US population and customers in 25 countries around the world with crisis management and emergency preparedness and response technologies.

The company’s WebEOC is used by FEMA to support response recovery missions and was used during Hurricanes Sandy and Isaac operations as well as by hospitals in the aftermath of the Boston Marathon attacks.