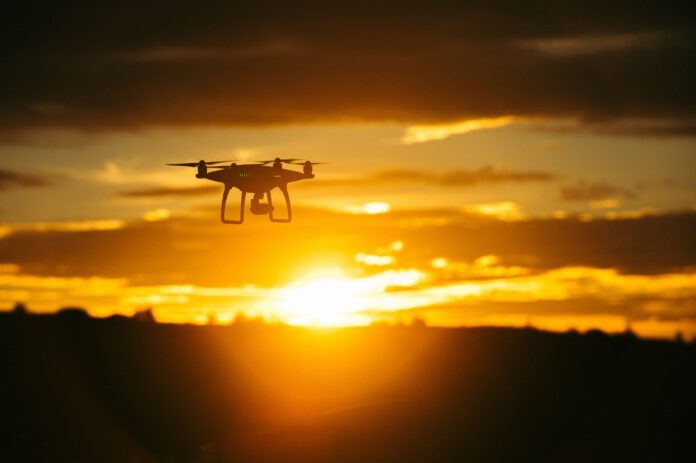 The Department of Justice (DOJ), the Federal Aviation Administration (FAA), the Department of Homeland Security (DHS), and the Federal Communications Commission (FCC) issued an advisory guidance document on August 17 to help non-federal public and private entities better understand the federal laws and regulations that may apply to the use of capabilities to detect and mitigate threats posed by Unmanned Aircraft Systems (UAS) operations.

The “Advisory on the Application of Federal Laws to the Acquisition and Use of Technology to Detect and Mitigate Unmanned Aircraft Systems” (the “Advisory”) provides a brief overview of various provisions of the U.S. criminal code enforced by DOJ, as well as federal laws and regulations related to aviation safety and efficiency, transportation and airport security, and the radiofrequency spectrum administered respectively by the FAA, DHS, and FCC.

Systems that detect, monitor, or track UAS often rely on radio-frequency (RF), radar, electro-optical (EO), infrared (IR), or acoustic capabilities, or a combination of these technologies. These capabilities detect the physical presence of UAS or signals sent to or from the UAS. In general, whether a detection or tracking system implicates federal criminal surveillance laws, such as the Pen/Trap Statute and the Wiretap Act, depends on whether it captures, records, decodes, or intercepts, in whole or in part, electronic communications transmitted to and from a UAS and/or controller, and the type of communications involved.

Detection systems that emit electromagnetic waves or pulses of sound or light that are reflected off an object and back to the detection system—such as radar, EO/IR, and acoustic systems—are less likely to pose concerns under federal criminal surveillance statutes. Such technology senses the sound or electromagnetic waves produced by or reflected from the UAS and does not capture, record, decode, or intercept electronic communications. By contrast, systems using RF capabilities to detect and track UAS by monitoring the communications passed between a UAS and its ground control station may implicate the Pen/Trap Statute and Wiretap Act.

Mitigation capabilities fall into two general categories: non-kinetic and kinetic. Non-kinetic solutions use non-physical measures to disrupt or disable UAS, including RF, WiFi, or Global Positioning System (GPS) jamming; spoofing; hacking techniques; and non-destructive directed energy weapons. Kinetic solutions may employ a variety of measures capable of physically disrupting or disabling a UAS, including nets, projectiles, and lasers. The use of non-kinetic or kinetic solutions may implicate federal criminal prohibitions against, among other things, intercepting and interfering with communications, and damaging an aircraft.

The Advisory says jamming, spoofing and hacking technologies should also be fully evaluated because they are likely to implicate laws. Jamming technologies are designed to block or interfere with authorized radio communications. Examples of jamming include transmitting RF signals from a jammer at a higher signal strength than the RF signals being used to navigate or control the aircraft; preventing a cellular, WiFi, or Bluetooth-enabled device from connecting to a network (such as a cellular system or the Internet); or preventing a GPS unit from receiving positioning signals from a satellite.

Alongside those measures, spoofing technologies can replicate and replace or modify signals, and can lead to loss of control over the UAS’s navigation and communications link. Meanwhile, hacking techniques generally focus on the UAS’s communications link and/or the onboard computer processors.

The joint announcement also advises airports seeking to deploy, buy, or purchase UAS detection or mitigation systems to consider laws, regulations, and security requirements related to local aviation security response. For example, Transportation Security Administration (TSA) regulations require each operator of an airport regularly serving air carriers to establish an air transportation security program (ASP) – and every ASP must provide law enforcement personnel in the number and manner adequate to support the program. In addition, TSA’s enforcement authorities include the ability of the Administrator, in consultation with the airport operator and law enforcement authorities, to order the deployment of personnel at any secure area of the airport to counter threats to aircraft and aircraft operations or to address national security concerns, such as those posed by UAS.

“As the number of drones in our airspace continue to rise, it is unsurprising that the availability of counter-drone technologies has likewise increased,” said Deputy Attorney General Jeffrey A. Rosen.  “Because these technologies may be presented for sale without a full discussion of important legal requirements, this Advisory steps forward to provide an outline of the relevant legal landscape.  By encouraging a common understanding of potentially applicable laws, the Advisory can help foster responsible industry growth and promote public safety.”

The Advisory has been issued at a time when the commercial demand for UAS detection and mitigation is high, but the authority to use those capabilities is far from clear.  To date, Congress has given limited authority to only four federal Departments – Defense, Energy, Justice, and Homeland Security – to engage in UAS detection and mitigation activities, notwithstanding certain otherwise potentially applicable federal criminal laws.  The Departments and Agencies issuing the Advisory do not have the authority to approve non-federal public and private use of UAS detection or mitigation capabilities, nor do they conduct legal reviews of commercially available products’ compliance with those laws.

The Advisory urges entities to take the advice presented in this Advisory seriously – to consult with counsel and think carefully about the functionality of individual detection or mitigation systems, the way the system operates, and the way the system will be used.  A thorough understanding of how a system functions and the applicable law is necessary to ensure that, if UAS detection and mitigation technologies are employed, they will be used effectively, responsibly, and legally.

Although the Advisory is an important discussion of potentially applicable federal law and regulations in this space, it cautions that additional state or local laws may apply, and that entities should further consider the impacts such technology could have on privacy, civil liberties, and civil rights.

Read the Advisory at the Department of Justice