The Truth About Transporting Firearms, Ammunition on Passenger Planes 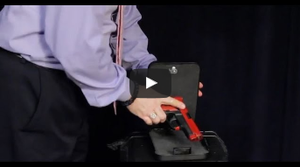 Ever since the horrific shootings today inside the lower level baggage claim area of Terminal 2 at Ft. Lauderdale-Hollywood Airport in Florida, talking heads and pundits have expressed amazement that individuals are allowed to carry a handgun and ammunition in checked-in baggage.

“Firearms must be unloaded and locked in a hard-sided container and transported as checked baggage only. Only the passenger should retain the key or combination to the lock,” explains.

As for ammunition, TSA says, “Ammunition is prohibited in carry-on baggage, but may be transported in checked baggage. Firearm magazines and ammunition clips, whether loaded or empty, must be securely boxed or included within a hard-sided case containing an unloaded firearm,” as per the requirements governing the transport of ammunition in checked baggage as defined by 49 CFR 175.10 (a)(8).

Small arms ammunition, including ammunition not exceeding .75 caliber, and shotgun shells of any gauge, may also be carried in the same hard-sided case as the firearm.

In addition, TSA says, “Firearm parts, including magazines, clips, bolts and firing pins, are prohibited in carry-on baggage, but may be transported in checked baggage.”

United States Code, Title 18, Part 1, Chapter 44, firearm definitions includes: any weapon (including a starter gun) which will, or is designed to, or may readily be converted to expel a projectile by the action of an explosive; the frame or receiver of any such weapon; any firearm muffler or firearm silencer; and any destructive device. As defined by 49 CFR 1540.5 a loaded firearm has a live round of ammunition, or any component thereof, in the chamber or cylinder or in a magazine inserted in the firearm.

What the talking heads and pundits may also find disturbing is the sheer number of handguns TSA regularly finds in carry-on luggage, as Homeland Security Today has repeatedly reported.