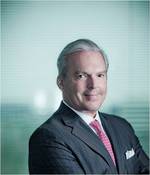 We’ve all been there: The pilot has informed the cabin that today’s flight will be re-routed around a bank of thunderstorms, ultimately resulting in a late arrival, missed connections and the general malaise which often can define air travel today.

Similar to a bank of thunderstorms, the US Department of Defense (DoD) maintains dozens of test ranges throughout North America to support warfighting capabilities, but “reserves” vast amounts of airspace that cannot be used by commercial aviation operations.

To the Federal Aviation Administration (FAA) and traveling public, this airspace represents “predictable permanent thunderstorms” which must be worked into planned flight routes and flown around to get to a desired destination. The extra travel time resulting from these required detours may alone seem insignificant, but it can quickly add up when combined with the delays from check-in and processing, weather events, airport and runway closures, mechanical failures, and peak travel times passengers already experience.

There are a few exceptions. Typically on holidays like Thanksgiving and Christmas, the DoD test ranges stand down for the day to allow civil air traffic to use the space. As a result, airlines have the ability to safely plan and fly more direct routes, saving time and fuel while making travel more convenient and safe.

For the rest of the year, however, test range airspace is off-limits for commercial flights. And, in many cases, the DoD isn’t maximizing this valuable space. Why? Because issues related to parts availability, fuel delivery and personnel often delay or cancel planned tests or training flights. Thus, pre-reserved airspace goes to waste, unused by both the DoD and commercial airlines.

If the DoD and FAA could open up communications channels to share information about test range availability, this situation could be avoided and overall operations could be improved greatly.

The DoD and FAA could readily share this information if they adopt a cross domain solution (CDS) approach. In Information Technology (IT) circles, a CDS is a “means of information assurance that provides the ability to manually or automatically access or transfer information between two or more differing security domains.” The military community and intelligence agencies take advantage of these solutions to access or move information between two networks that would typically not be connected to each other due to security concerns.

Applying CDS technology to the “predictable permanent thunderstorm” problem could greatly enhance the flying experience of the general public and is consistent with the FAA’s vision forNextGen. In this case, we’re dealing with two networks: the one the FAA runs to safely manage airspace, and the DoD network that tracks air exercises and flights.

CDS enables the creation of a unified, “single screen” view of DoD test range and civilian/FAA activity, so all involved operators can collaborate and more effectively manage airspace.

Fortunately, a first step toward this goal has already been taken. As part of its ongoing research and development role for the federal government, MITRE Corporation demonstrated the CDS capability years ago.

The next step requires the establishment of a network that would securely link all the DoD test ranges to the FAA network, so each range could manage its own airspace and “give back” formerly reserved DoD airspace to the FAA on a real-time 24/7, 365 days a year basis.

Such a connection does exist today. It is called Joint Mission Environment Test Capability (JMETC), which links to more than 70 sites with the capability to run exercises in an environment which both the DoD and FAA airspace can access.

Such a capability, when implemented, would benefit many people and organizations and help to realize the promised benefits of NextGen resulting from better information sharing.

The FAA would have more civil airspace and options for emerging Unmanned Aircraft Systems operations to allow routes, takeoffs and landings. And the DoD would benefit with a more persistent view of civilian airspace usage, along with increased positive relations with its test range’s local community by enhancing the civilian use of DoD airspace.

According to the FAA the demand for civilian air travel will double by 2035 with US carriers alone transporting approximately 1.14 billion passengers. This passenger growth will require multiple accommodations by airlines and airports to adapt.

Opening DoD communications channels and airspace to FAA would be a good first step to get ahead of these anticipated developments and improve cross agency efficiencies.

Ed Hammersla serves as chief strategy officer for Forcepoint™ and president of the company’s Federal division. Previously, he served as president of Raytheon Cyber Products, a cybersecurity software company owned by Raytheon.

As a software industry leader with more than 40 years of experience, he has demonstrated unique success in the application of new technologies to solve operational and security problems in commercial and government organizations. He played a key role in the development and bringing to market of a trusted version of Linux that evolved into Red Hat Enterprise Linux (RHEL), the world’s first commercially available mainstream Linux operating system evaluated under the internationally-recognized Common Criteria Evaluation and Certification Scheme (CCEVS) with an Evaluation Assurance Level (EAL) and Protection Profiles (PPs) that qualify it as a “trusted” operating system.

Hammersla serves on a number of government committees, industry association working groups and boards of directors. He began his career with 10 years at IBM, where he moved from engineering to marketing and then on to various management positions. Prior to joining Raytheon Cyber Products, he held leadership positions with Trusted Computer Solutions, Sterling Software, Informix Federal and NEC. He has also worked in the venture capital community as CEO of multiple startups, and served as an investor and adviser for other companies.

Hammersla holds a bachelor’s degree in business administration and Biblical archaeology from Principia College in Elsah, Illinois. He resides in Washington, DC.