The watchdog determined that agencies drafted workplace reentry plans shortly after most civilian feds shifted to telework, but there was no government-wide oversight or review of these initial plans and the plans did not consistently align with federal guidance. 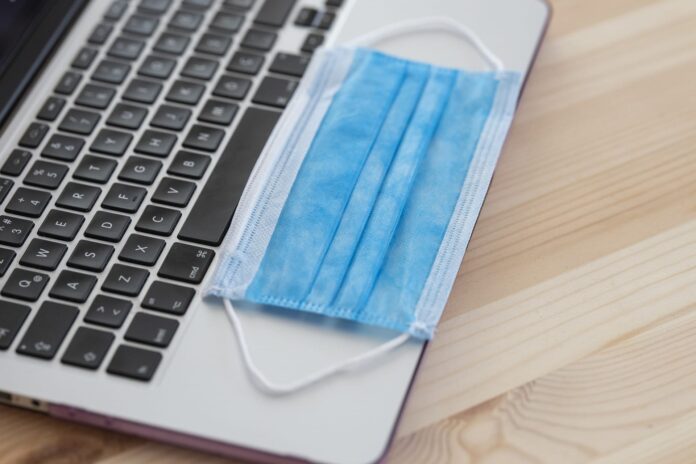 The Government Accountability Office (GAO) has reviewed federal agencies’ plans for workers to reenter the workplace safely. The watchdog determined that agencies drafted workplace reentry plans shortly after most civilian feds shifted to telework, but there was no government-wide oversight or review of these initial plans and the plans did not consistently align with federal guidance.

Federal agencies adopted a maximum telework posture following the March 2020 national emergency declaration related to COVID-19. In April 2020, Office of Management and Budget (OMB) guidance established a framework for agencies to plan for the reentry of employees to the workplace and cognizant agencies issued guidance in 2020 on how to plan for the eventual return of the workforce to office locations. In response to the call for office reentry, the 24 Chief Financial Officer (CFO) Act agencies developed reentry plans.

GAO found that agencies’ 2020 reentry plans varied considerably. “All the agencies developed phased approaches for reentry, though agencies did not progress through the established phases at the same rate and the characteristics of each phase differed by agency,” said GAO in its October 25 report. “None of the agencies’ plans consistently covered all aspects of recommended federal guidance. For example, reentry planning documents for 10 or more agencies did not fully address employee training on reentry, office ventilation controls, and face covering requirements, as recommended by federal guidance.”

GAO’s review found that some agencies did not conduct temperature checks of individuals prior to entry to office locations, and others only conducted checks randomly or at select facilities. CDC’s Interim Guidance for Businesses and Employers advised employers to consider conducting daily in-person or virtual health checks, including temperature screening, of employees before entering facilities. Of the agencies that did include descriptions of temperature checks, several relied on employees to check their own temperature prior to arrival at the office.

It is worth noting that some variation is to be expected based on agencies’ missions and because progression between each reentry phase was to be informed by state and local guidance as well as local trends in reported COVID-19-like symptoms, documented COVID-19 cases, and availability of hospital beds. Additionally, state and local restrictions varied considerably; some states established stay-at-home orders, for example, while others did not. In addition, almost half of all states did not implement mask mandates.

In January 2021, the Biden/Harris administration established the Safer Federal Workforce Task Force (Task Force) to provide guidance to agencies and required a 25 percent capacity limit for federal buildings, subject to exceptions with approval. It also issued guidance directing agencies to submit plans addressing a set of model workplace safety principles to the Task Force. GAO found that agencies’ workplace safety plans, in contrast to initial reentry plans, were generally consistent with the updated federal guidance. “Agencies’ plans cited most safety principles described in the guidance, including the occupancy limit and additional safety measures to protect the workforce, such as face mask requirements and optimized ventilation and air filtration,” GAO stated. “Agencies also established COVID-19 coordination teams, as required by January 2021 guidance. These teams developed and monitored agency plans, led decision-making regarding safety procedures and exceptions, and coordinated with external groups, including the Task Force.”

The government watchdog found that federal oversight and coordination were limited for 2020 reentry planning but increased under 2021 guidance related to workplace safety. According to GAO, initial reentry guidance did not include clear oversight roles and responsibilities. As a result, there was no government-wide oversight or review of initial agency reentry plans.

In a separate report, GAO has concluded that lessons learned during the COVID-19 pandemic could improve the use of hiring authorities during future emergencies.

The CARES Act provided temporary hiring authorities to six agencies with responsibilities for responding to the public health and economic crisis caused by COVID-19. A hiring authority is the law, executive order, or regulation that allows an agency to hire a person into the federal civil service. In addition, as of September 30, 2020, five agencies received direct hiring authority (DHA) from the Office of Personnel Management (OPM) in response to the pandemic. DHAs allow agencies to expedite hiring by eliminating competitive rating and ranking procedures and veterans’ preference for specific positions. Also, in March 2020, OPM authorized the use of COVID-19 Schedule A hiring authority, which allows agencies to fill positions for up to 1 year as needed in response to, or as a result of, COVID-19.

The selected agencies described a few lessons learned that could help other agencies improve the use of hiring authorities in future emergencies. These include collaborating with internal stakeholders to maximize information sharing across the agency; and creating an inventory of hiring needs and available authorities to assist in addressing agency workforce needs.

OPM intends to conduct reviews in fiscal year 2022 that may provide further insight into agencies’ use of hiring authorities in response to the pandemic. However, OPM officials told GAO that the agency has not yet developed plans to collect and share lessons learned on the use of COVID-19 related hiring authorities.

GAO says it is critical for OPM to collaborate with agencies to determine the various hiring authorities’ contribution to the effectiveness of the pandemic hiring process. The watchdog therefore recommends that the Director of OPM, in conjunction with the Chief Human Capital Officers Council, should develop and implement a process for collecting and sharing comprehensive government-wide information on the lessons learned associated with agencies’ use of different hiring authorities in response to the COVID-19 pandemic. OPM concurred with the recommendation and stated that it is committed to conducting a review of the hiring flexibilities authorized to aid agencies in their COVID-19 response and mission. OPM noted that it would analyze the results of its review to determine what, if any, lessons were learned and share the findings with agencies.