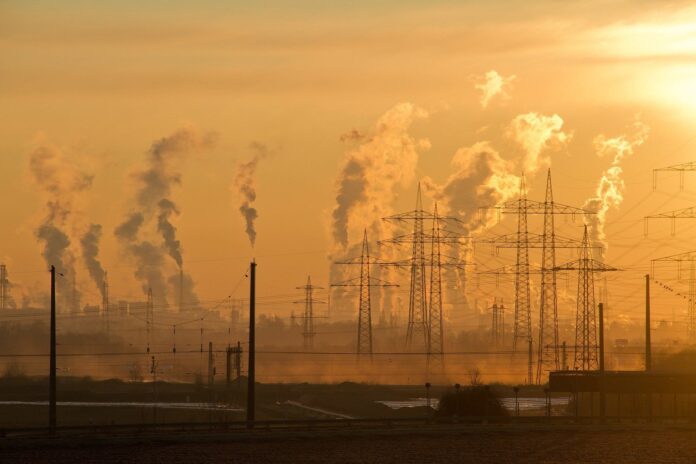 Following several years of improvement, the amount of pollutants in the nation’s air has risen, according to economists at Carnegie Mellon who found that particulate matter air pollution fell 24% in the U.S. from 2009 to 2016, but it increased 5.5% the following two years. They say the increase was associated with almost 10,000 deaths in 2018 alone.

In 2019, about 70 million tons of pollution were emitted into the atmosphere in the United States.

The ambient air quality monitoring system is a national asset that provides standardized information for implementing the Clean Air Act and protecting public health. The Environmental Protection Agency (EPA) and state and local agencies cooperatively manage the system, with each playing different roles in design, operation, oversight, and funding. For example, EPA establishes minimum requirements for the system, and state and local agencies operate the monitors and report data to EPA.

During GAO’s review, officials from EPA and selected state and local agencies identified challenges related to sustaining the monitoring system. For example, they said that infrastructure is aging while annual EPA funding for state and local air quality management grants, which cover monitoring, has decreased by about 20 percent since 2004 after adjusting for inflation. GAO found inconsistencies in how EPA regions have addressed these challenges.

The watchdog’s prior work has identified key characteristics of asset management, such as identifying needed resources and using quality data to manage infrastructure risks, which can help organizations optimize limited resources. By developing an asset management framework that includes such characteristics, GAO says EPA could better target limited resources toward the highest priorities for consistently sustaining the system.

GAO’s prior work on asset management suggests that a more strategic approach could help EPA modernize the system to better meet the additional information needs. By developing a modernization plan that aligns with leading practices for strategic planning and risk management, such as establishing modernization goals and roles, EPA could better ensure that the system meets the additional information needs of air quality managers, researchers, and the public and is positioned to protect public health.

GAO therefore recommends that EPA establishes an asset management framework for the monitoring system that includes key characteristics, and develops an air quality monitoring modernization plan that aligns with leading practices. EPA generally agreed with both recommendations and stated that, if fully implemented, they would add value and help sustain the national ambient air monitoring program. The agency also stated that, to assure success, it was important to engage stakeholders at the state, local, and tribal air monitoring agencies.

The watchdog pointed out that technological improvements have led to smaller, more affordable air quality sensors and better satellite-based sensors in recent years and says these can help close gaps in pollution monitoring and research. For example, through more dense and widespread monitoring, these sensors may help pinpoint air pollution sources and hot spots and improve understanding of community exposure.

However, it found that sensors vary in performance, can be hard to interpret, and may not monitor key pollutants such as some air toxics.

Share
Facebook
Twitter
Linkedin
Email
Previous articleShipping Industry Warned of Cyber Attacks Hidden Behind Holiday Greetings
Next articleStuxnet and Beyond: The Origins of SCADA and Vulnerabilities to Critical Infrastructure