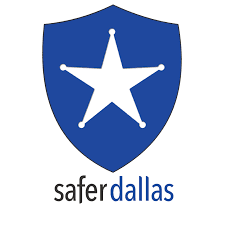 The Dallas Police Department, Safer Dallas and Motorola Solutions have announced the launch of a six-month pilot program, the Starlight Program, that will facilitate collaboration between the police department and local businesses.

Participating businesses will be outfitted with Avigilon cameras, blue lights and program signage and will be actively monitored by, and connected directly to, the Dallas Police Department’s Real-Time Crime Center (RTCC) using Motorola Solutions’ CommandCentral Aware software. By connecting these cameras to the RTCC, officers will gain additional insights when responding to events, be able to resolve incidents faster and return officers to the street in a timely manner. The Starlight Program is open to businesses throughout the city.

“This is an exciting time for the Dallas Police Department and our partners, Safer Dallas and Motorola Solutions,” said Reneé Hall, chief of police for the Dallas Police Department. “The technology fosters faster decision-making with real-time situational awareness. The ultimate goal is to protect the public while making first responders more effective by providing much-needed information before they even arrive on the scene.”

Gary Griffith, chairman of Safer Dallas, said the success of the pilot program will open the door to a citywide initiative next year.

“We have seen great success in a variety of communities in using technology, like our integrated software and video security solutions, to create a tighter connection between public and private entities and further our shared mission of improving public safety,” said Neil Thomas, vice president of Motorola Solutions’ sales and services organization. “We’re proud to launch this new pilot program with the Dallas Police and Safer Dallas to help connect the Dallas community to public safety.”

The pilot program launched October 28 and is expected to run for six months. After the initial pilot phase, the three organizations will evaluate the impact of the program and explore further expansion.