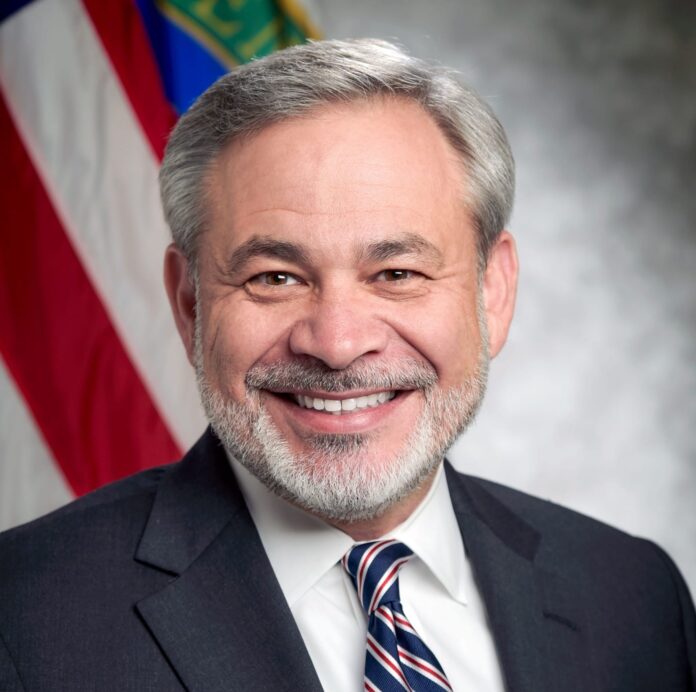 Brouillette is the Deputy Secretary of the U.S. Department of Energy. Brouillette has three decades of experience in both the public and private sector. Most recently he was the Senior Vice President and head of public policy for USAA, the Nation’s leading provider of financial services to the military community. Before joining USAA, Brouillette was a Vice President of Ford Motor Company, where he led the automaker’s domestic policy teams and served on its North American Operating Committee.

At Ford and USAA, he was part of senior management teams that helped bring to market innovative technologies like auto collision avoidance and remote deposit capture, a technology invented by USAA that allows the use of smart devices to deposit funds into our banking accounts.

Before his transition into the private sector, Brouillette held numerous positions in government.  He was Chief of Staff to the U.S. House of Representatives Committee on Energy and Commerce, which has broad jurisdictional and oversight authority over five Cabinet-level Federal agencies.  He also served as Assistant Secretary of Energy for Congressional and Intergovernmental Affairs from 2001 to 2003.  In addition, he is a former state energy regulator, having served as a member of the Louisiana State Mineral and Energy Board from 2013 to 2016.

“It has been the opportunity of a lifetime to serve as Secretary of Energy. I have the utmost confidence the Department of Energy will continue to thrive under Dan Brouillette,” said Secretary Perry. “Dan has faithfully served as my Deputy, helping to advance American energy security and position the United States as the world’s premier energy leader. I fully endorse President Trump’s decision to nominate Dan and urge the U.S. Senate to expeditiously confirm him. I look forward to seeing all that the Department accomplishes under his steady leadership as Secretary of Energy.”

“I am honored to be nominated by President Trump to serve as the U.S. Secretary of Energy, and grateful to Secretary Perry for asking me to join him at the Department of Energy over two years ago,” said Deputy Secretary Brouillette.“If confirmed, I will further Secretary Perry’s legacy of promoting energy independence, innovation, and security for the American people.”

Read more at the Energy Department