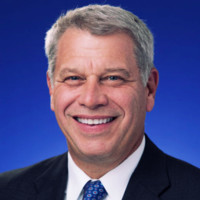 Guidehouse, the 3rd largest provider of management consulting services for the public sector, announced today that DC-based business executive Mark Gerencser has joined the firm’s Board of Directors.

Mr. Gerencser serves as Chairman of the Board of UMUC Ventures, focused on monetizing non-academic assets of University of Maryland, University College to lower tuition costs for adults and military service members. He also serves on the board of Alion Science and Technology as an independent director.

Previously, he spent 31 years with Booz Allen Hamilton as a recognized strategy and technology expert and senior partner, where he served as the managing partner of its Government Business in the United States and abroad and then as managing partner of its Commercial Business. He was Chair of the Partnership Committee and also served on the Board of Directors.

Mr. Gerencser was nominated by the White House and confirmed by the Senate Armed Services Committee as a member of the National Security Education Board. He is a member of Business Executives for National Security and serves on its Board and Executive Committee. He served for six years as Chairman of the Board of Visitors for University of Maryland University College (UMUC), where he received the President’s Medal for leadership in advancing higher education.

He has served on the boards of directors at Sotera Defense Solutions, Multi-Flex Pipe Manufacturing, and Orion System Integrators, and was a member of the National Security Agency Advisory Board Emerging Technologies Panel. He has venture funded several start-ups, including a cyber security company, CyberSpa and internet-of-things (IOT) encryption and networking company, Welbeck Security.

“Mark brings new perspective that will help direct us as we move forward and continue to grow our business,” said Scott McIntyre, CEO of Guidehouse. “Guidehouse is truly fortunate to have such an outstanding professional help keep us on our successful path.”

Consulting Magazine named him one of the Top 25 Most Influential Consultants in the World and ExecutiveBiz named him one of the Top 10 Game Changers in Washington D.C. In 2014, he was inducted into the Wash100. Mr. Gerencser co-authored the Washington Post best-selling book “Megacommunities” that outlines how public, private and civil sector leaders can work collaboratively to solve large-scale problems in the world.

“I am excited to see Guidehouse in this next phase of growth and am honored for the opportunity to bring my insights and perspectives as part of the stewardship of the firm going forward,” said Gerencser.