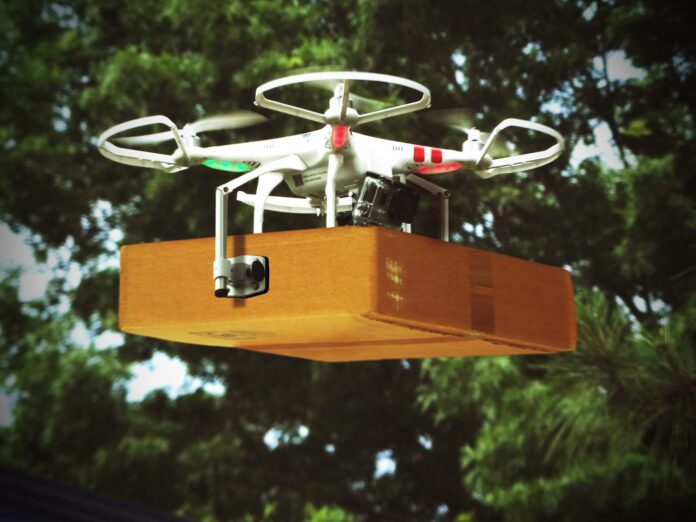 The Federal Aviation Administration (FAA) is partnering with the Choctaw Nation to study how Unmanned Aircraft Systems (UAS) can best transport cargo, including parcels, at lower altitudes.

The FAA’s Mike Monroney Aeronautical Center (MMAC), signed a three-year Memorandum of Understanding (MOU) with the Choctaw Nation of Oklahoma.

The agreement will enable the MMAC to work with the Choctaw Nation to study human factors, supply chain management and air traffic control. The parties will use virtual simulated urban environments for their research. One goal of the MOU is to promote interest in science, technology, engineering and mathematics programs for students seeking possible careers in aerospace.

“The FAA and the Choctaw Nation share an interest in safety,” said Michelle Coppedge, Director of the MMAC. “Our goal is to advance the development and integration of UAS into what is already a complex National Airspace System.”

”The MMAC plays a critical role in ensuring the safety of aviation operations in our nation, and we are excited to establish formal ties between our organizations to jointly support the development and safe integration of emerging aviation technologies into our national airspace system,” said James L Grimsley, Executive Director of Advanced Technology Initiatives with the Choctaw Nation of Oklahoma.

The Choctaw Nation is the only tribal government selected by the U. S. Department of Transportation to participate in the Unmanned Aerial System Integration Pilot Program. It was one of nine active pilot sites in the United States selected to work in collaboration with the FAA and industry to conduct advanced UAS operations

The Nation also was the first tribal government to be recognized by the FAA as a Public Aircraft Operator. It was the only lead participant to work with the Volpe National Transportation Systems Center on acoustics testing for UAS used in agriculture, remote infrastructure inspections, public safety and other areas.