EXCLUSIVE: A Key Step to Preventing the Next Terrorist Truck Attack 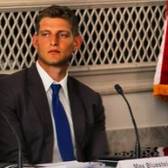 This month’s truck attack in Stockholm, Sweden that killed four marked the fourth mass murder by Islamist terrorists using heavy vehicles in Europe since July. The other attacks include 84 killed in France, 12in Germany and five in the UK. Add to that the multiple truck attacks in Israel, a thwarted truck in Spain, a thwarted ramming attack in Belgium and successful ramming attacks in North Carolina and Ohio over the last few years.

The pattern is clear: trucks are the new terrorist weapons of choice.

We’ve been warning about this since guidance was issued by Al Qaeda in 2010 to use trucks as “the ultimate mowing machine… not to mow grass but mow down the enemies of Allah.” A more recent manual was issued by ISIS that told terrorists to use trucks, not cars, to attack major cities, as “smaller vehicles are incapable of granting the level of carnage that is sought.” It also called for terrorists to rent their trucks if they cannot buy them.

Mohamed Lahouaiej-Bouhlel followed that guidance exactly when, in July 2016, he walked into a rental company in France and said, “I want the biggest, most powerful vehicle you have.” He walked out with the keys to a 20-ton refrigerator truck that he plowed through a national celebration in Nice.

Once a terrorist has control of a truck, they are near impossible to stop. They barrel through barriers along main avenues, dragging with them everything or every person in the way. Victims have little chance against a rampaging truck as it is, in ISIS’s words, “smashing their bodies while crushing their heads, torsos and limbs under the vehicle’s wheels leaving behind a trail of carnage.”

Here in the US, we are even more vulnerable to a truck attack than Europe. That’s because a known terrorist can easily walk into a truck rental store anywhere in the United States and rent this destructive weapon for as long as he or she needs. If they are on a watchlist or are trying to avoid one, the terrorist can simply use a fake ID. Fake IDs are also a terrorist weapon, and all undercover operatives have been advised to use them by both Al Qaeda and ISIS.

Timothy McVeigh set that precedent back in 1995 when he hand-made a South Dakota driver’s license with a heated iron and a typewriter and used it to rent the Ryder truck he detonated in Oklahoma City.

But fake IDs have become so much more difficult to detect, and so much easier to obtain since then. Today, anyone with Internet access and an address can order a high quality fake ID straight to their doorstep from China. If Bouhlel wanted to perpetrate the same attack through Times Square, but was on a terrorist watch list, he could simply order an ID from China, show it at any U-Haul store in the country, and walk out with the keys to anything from a cargo van to a 26-foot behemoth with a 7,400 pound capacity.

In fact, Bouhlel wouldn’t even have to get a fake state ID. According to the U-Haul website, foreign driver’s licenses are also accepted for rentals. I don’t know how to verify a Syrian driver’s license, and I can guarantee the person at the cash register doesn’t either.

ISIS has written that, “vehicles are like knives, as they are extremely easy to acquire. But unlike knives, which if foundin one’s possession can be a cause for suspicion, vehicles arouse absolutely no doubts.”

Avoiding that suspicionis doubly effective when a terrorist can use a fake ID. We must prevent terrorists from using a fake ID to get behind the wheel of a “mowing machine” before it’s too late.

And the only way to do that is to begin shutting down the document mills, here and abroad, that have made obtaining a fake ID easier than ever.

[Editor’s note: INTERPOL has warned for years terrorists could use stolen travel documents, and that many countries do not report lost and stolen passports. The federal and international operation to bring down Silk Road 2.0 involved the seizure of over 400 Tor website addresses – known as “.onion” addresses – as well as the servers hosting them. Examples of the websites seized include “Pandora,” “Blue Sky,” “Hydra” and “Cloud Nine” offering an extensive range of illegal goods and services for sale, including stolen credit card data, counterfeit currency and fake identity documents like passports. “Fake ID” offered fake passports from a number of countries, and advertised “high quality” passports that included “all security features” of original documents, and offered the ability to “affix almost all kind of stamps into the passports”]

Max Bluestein is the Director of Research at Keeping IDentities Safe and has presented all over the country on the national security threat that fake IDs pose, including testifying as a subject matter expert at a number of state legislatures.

[Editor’s note: Homeland Security Today reported that Spanish and Thai police have busted up what Spanish authorities described as “an important passport operation for Al Qaeda.” The Al Qaeda-linked document counterfeiting operation extended from Europe to Southeast Asia. Nearly a dozen people are believed to have been arrested so far in the wide-ranging international probe, which is expected to expand given the treasure trove of intelligence that was found in the homes of several of the men who were arrested. Authorities told Homeland Security Today at the time that seized evidence "points to still other passport and document counterfeiting activities" of Al Qaeda. The busted group is suspected of having been involved in providing stolen and then altered European passports of “Westerners” to terrorists to enable the terrorists to be able to travel throughout Western countries, a possibility counterterrorism authorities have increasingly been concerned about. According to authorities, members of the terrorist-tied ring stole as many as 40 passports a month specifically from Westerners, many of whom were tourists in Spain whose nationality and age best matched specific terrorists needing passports and IDs – with some alteration – who then used the passports and other IDs to travel in the West. The identification documents, particularly the passports, that needed to be forged were sent to a sophisticated forgery operation in Thailand where they were distributed to terrorist cells at the direction of Al Qaeda, according to authorities involved in the investigation]