EXCLUSIVE: The Importance of Data Sharing in the Global Fight Against Terrorism 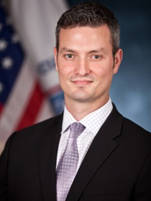 As security concerns regarding international air passenger travel have evolved since September 11, 2001, so, too, have the strategies to mitigate them. While concerns over the threat of a hijacker causing harm to an aircraft or its passengers persist, the emergence of foreign fighters leaving their countries for the Middle East to join terrorist organizations such as the Islamic State (ISIL) raises new concerns in the international air travel environment.

In addition, sporadic terrorist attacks around the world are driving the need for security forces everywhere to monitor the movement of wanted individuals and potential terrorists. Currently, global travel awareness continues to grow as one of the preeminent tools in the fight against terror.

The United States and many of its international partners have embraced a risk-based strategy in detecting and interdicting travelers posing threats in the air environment. Approximately 300,000 international travelers arrive at US borders via air travel every day – representing a 22 percent increase since 2009, and with an expected increase of 4 percent to 5 percent each year for the next five years, according to CBP Office of Field Operations Deputy Assistant Commissioner John Wagner in testimony before the House Committee on Homeland Security Subcommittee on Border and Maritime Security on June 6, 2015.

Given these trends, it is imperative that risk mitigation work begin long before an individual attempts entry into the US or even departure from the point of origin.

The common practice in the US of identifying and mitigating risk relies on collecting and analyzing data on individuals prior to their boarding a flight, and, depending upon the level of risk these individuals pose, taking action either before they board or upon arrival at their destination. As such, collection of advance information is only half of the effort. Optimizing the use of this data requires coordinated partnerships between government agencies — both domestically and internationally — as well as between authorities and the airline industry.

A good example of this necessary coordination occurred during the apprehension of the would-be Times Square Bomber Faisal Shahzad in May, 2010. After he failed to detonate an explosive laden vehicle he attempted to fly from New York’s JFK International Airport to Dubai a few days later. Customs and Border Protection (CBP) and FBI were able to share critical data which allowed for the identification of Shahzad as the perpetrator of the failed bombing. Once identified, the coordinated effort by the FBI and CBP utilized advance information that allowed CBP to apprehend him just prior to his plane’s departure.

The inter-agency information-sharing cooperation that snared Shahzad is but just one example of the coordination that has been built up around the use of advanced information within the United States to capture known and suspected terrorists.

But there are even more opportunities to enhance the coordination of timely actionable intelligence, especially internationally. However, the exchange of this information, and the coordination of law enforcement activities between two sovereign states presents unique challenges. The ability to work through these challenges is paramount in negotiating effective agreements between the US and its partners abroad in order to maximize the potential of using advance information.

One group of challenges involves the difference in federal structures that govern the legal authorities, roles and jurisdictions of US agencies compared to those in its foreign partner nations. With respect to the various intelligence gathering, investigation and enforcement functions in the areas of immigration, customs and counterterrorism, foreign partners do not have exact one-for-one counterparts to the US FBI, CIA, DHS and State Department. Additionally, there are differing perspectives regarding how to best balance the privacy of individuals versus state security needs. Therefore, negotiating within these often complex sovereign legal and statutory frameworks can, and are, difficult.

Differing institutional structures and competing political perspectives can often be further exacerbated when attempting to deal regionally or with multilateral organizations such as the European Union. As a key partner in the fight against terrorism, and a location for many global airline hubs, the European Union (EU) stands as a ready partner for the US in further exploiting travel as a means to identify international bad actors. It is critical that these partners — on both sides of the Atlantic Ocean — continue to remain focused on the threat and patiently work through any institutional or philosophical differences. This becomes even more acute given the threat of foreign fighters traveling to and from conflict areas such as Syria.

Because of this – and similar international cooperation issues — it’s not just the US and the EU who’ve begun to understand the criticality of advanced information and multi-lateral coordination in the global fight against terrorism.

Organizations like the United Nations Counter-Terrorism Executive Directorate (CTED) has publically recognized the importance of risk mitigation through advanced information in the global travel system.

“Today, we have indications that more than 25,000 people have travelled abroad from more than 100 States to join terrorists groups, including the Islamic State in Iraq and the Levant (ISIL),” recently stated Hassan Baage, deputy director of the Assessment and Technical Assistance Office of CTED.

He expressed his endorsement for advanced information coordination while acknowledging that its impact on individuals’ privacy is limited.

“The transfer of API, [Advance Passenger Information] being essentially the data contained in the machine-readable zone of a passenger’s passport, to border-control authorities only gives [these authorities] earlier access to passenger data that would otherwise be presented by the passenger to such authorities for inspection upon arrival,” he said.

Despite CTED’s support for such coordination, it recognizes that there is significant work to be done. According to its most recent report, only 51 member states currently use an API system, despite their potential to interdict foreign fighters and to enhance border and aviation security generally. Other international organizations like the World Customs Organization (WCO) and the International Air Transport Association (IATA), also echo the UN’s endorsement for such risk mitigation.

So, governments left without such capabilities now must ask two fundamental questions: “Do we want to use advanced information … and if so, where do we begin?” The answer to the latter is easier than one would think. The complexities of the international movement of travelers should not be overlooked, but the strategic application of risk mitigation through the use of advanced information can be categorized into the following needs:

As governments around the world move towards the use of advanced passenger information data, it is critical to ensure that these four needs are met in a holistic and systematic manner.

I am very encouraged and confident in the international support given to advanced information in the continued fight against international terrorist and criminal organizations. Working with government agencies like CBP which have successfully deployed such efforts will provide a critical foundation for global application of this effort.  However, the force multiplication, and additional evolution, that international coordination provides will exponentially expand the success of the global community against organizations such as the Islam State and Al Qaeda.

Andrew Farrelly is co-founder of Command Consulting Group and is former chief of staff to the CBP deputy commissioner, director of targeting programs at CBP’s National Targeting Center and chief of staff of CBP’s Office of Field Operations.