GAO: Agencies Face Challenges in Countering the Illicit Use of Virtual Currencies in Human and Drug Trafficking 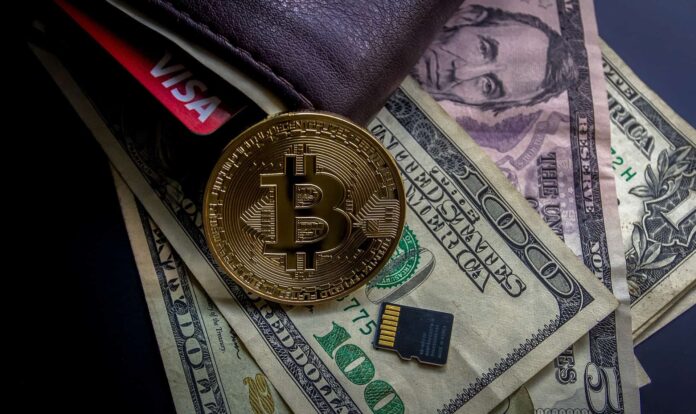 Virtual currencies, such as cryptocurrencies and virtual assets, are increasingly used in human and drug trafficking, but the Government Accountability Office (GAO) says agencies face challenges countering the illicit use of these currencies.

Evidence suggests that virtual currency is one of several payment options used in sex trafficking but may not be as frequently used in labor trafficking. GAO says there is no reliable estimate of the number of trafficking victims in the United States or of the money generated by this crime. According to the Department of State (State), the quality and quantity of data available are often hampered by the hidden nature of the crime, challenges in identifying individual victims, gaps in data accuracy and completeness, and significant barriers regarding the sharing of victim information. While the number of victims may not be fully reflected, prosecutorial and investigative efforts to combat human trafficking provide some insight on the scope and breadth of trafficking victims. For example, during fiscal year 2019, the Department of Justice (DOJ) and the Department of Homeland Security (DHS) collectively opened 1,631 investigations related to human trafficking, according to State’s annual report on global efforts to eliminate trafficking. At the same time, DOJ initiated a total of 220 federal human trafficking prosecutions and secured convictions against 475 traffickers.

Nationally, rates of drug misuse have increased in recent years. According to the Substance Abuse and Mental Health Services Administration, an estimated 20.8 percent of the U.S. population (57.2 million people) used illicit drugs in 2019, an increase from an estimated 17.8 percent (or 47.7 million people) in 2015, the earliest year for which data are available. Nationally representative data show that this increase in the estimated rate of drug misuse has occurred across several demographic categories, such as sex and education levels.

Officials from DHS’ Immigration and Customs Enforcement – Homeland Security Investigations (ICE-HSI) Cyber Crimes Center told GAO that an estimated 80 to 90 percent of Dark Web sales their agency has observed are related to illegal drugs and all are virtual currency transactions in the form of cryptocurrency because other payment types are generally not accepted on Dark Web marketplaces. According to officials from the Office of National Drug Control Policy, buyers often have relationships with a particular seller and may save their wallet on a particular seller’s website. The officials told GAO that virtual currencies have been central to the rise of drug sales in the U.S., specifically fentanyl and other synthetic opioids.

During its review, GAO found that selected federal agencies have taken actions to counter the illicit use of virtual currency in human and drug trafficking but challenges remain. For example, FinCEN and the Internal Revenue Service (IRS) oversee virtual currency entities. FinCEN imposes requirements for operators of virtual currency kiosks that are used to exchange virtual currencies for cash and are found in various locations such as convenience stores (see fig.). While kiosk operators are required to register with FinCEN, they are not required to routinely report the specific locations of their kiosks. This limits federal agencies’ ability to identify kiosks in areas that have been designated as high risk for financial crimes and could involve human and drug trafficking.

In addition, GAO found that the Treasury Department’s Financial Crimes Enforcement Network requires virtual currency kiosk operators to register with it but doesn’t require routine reporting of specific kiosk locations. Kiosks allow exchange of virtual currencies for cash and are found in convenience stores and other locations. Information about specific kiosk locations would help investigations.

In a sensitive, non-public report GAO made nine recommendations to selected agencies to enhance their data collection practices for virtual currencies. These included improving the information law enforcement has on virtual currency kiosk locations.

Effective tracing of illicit use of virtual currency is increasingly resource intensive and requires sophisticated computer software programs. In response, GAO notes that agencies have developed in-house expertise and hired contractors among other practices, to trace illicit use of virtual currency. For example, ICE-HSI’s Cyber Crimes Center developed in-house expertise and has hired three technical specialists—a Cyber Operations Officer, a Cyber Security Specialist, and a Forensic Analyst—to address an increasing need for advanced training and skills associated with countering the use of virtual currency for illicit activities.

Virtual currencies can be used in a variety of crimes other than human and drug trafficking, such as the sale and purchase of other illicit goods and services on Dark Web marketplaces (e.g., firearms, forged identification documents, malware, computer hacking services, and child exploitative material). It can also be used in crimes such as selling personally identifiable information, money laundering, cryptocurrency fraud and Ponzi schemes, ransomware payments, and financing terrorist organizations.

Read the public version of the report at GAO