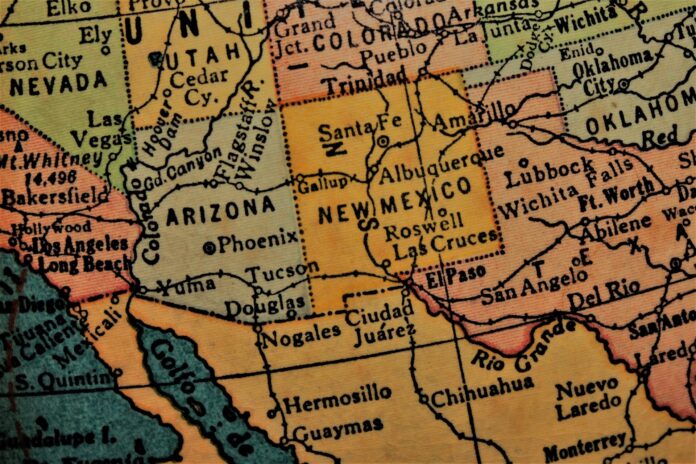 The Electronic Frontier Foundation (EFF) has partnered up with the University of Nevada, Reno’s Reynolds School of Journalism to begin an inventory of what surveillance technologies law enforcement agencies across the country have acquired – which EFF calls the Atlas of Surveillance. They started with communities along the U.S.-Mexico border.

Over the course of the spring and summer of 2019, Reynold School students scoured the internet for news articles, research reports, press releases, and public records to compile a set of more than 225 data points where surveillance technology is located in the 23 border-facing counties in California, Arizona, New Mexico, and Texas.

The research found that 31 law enforcement agencies in San Diego County, California, access face recognition technology through a regional partnership, accounting for more than 25,000 queries in 2018 alone. Law enforcement in Texas and Arizona are able to make face recognition requests through their states’ respective departments of public safety. In Doña Ana County, New Mexico, the sheriff’s office purchased face recognition cameras that are mounted on protective eyewear. Doña Ana County deputies, along with their counterparts in Cameron, Hidalgo, and El Paso counties in Texas, are using iris scanners in their jails.

The research also maps out the county-by-county placement of a variety of surveillance systems operated by U.S. Customs and Border Protection and one of its units, the U.S. Border Patrol. The agencies operate tethered surveillance blimps called “aerostats,” some of which are permanently tethered and others that can be relocated based on need. There are also a variety of surveillance towers throughout the region, often equipped with cameras, radars, and infrared sensors. In addition, the agencies deploy ground sensors, ALPRs, and drones. The U.S. Drug Enforcement Administration also operates ALPRs in the border region.

To assist with large-scale newsgathering, EFF has launched a new tool, Report Back, to streamline research assignments. Report Back allows students to quickly receive small online reporting tasks, such as searching for a news article or government policy document about a certain technology in a particular jurisdiction. Once the students identify a record about the surveillance technology, they enter the information into the greater database. Currently limited to Reynolds School students, EFF plans to expand its user base to grassroots organizations in 2020.

The Atlas of Surveillance project is part of a new partnership with the Reynolds School, which will also involve developing a course on Cybersecurity and Surveillance and leading students in regular workshops on filing Freedom of Information Act and other public records requests.

Read the full findings at the Electronic Frontier Foundation

Share
Facebook
Twitter
Linkedin
Email
Previous articleTop States with the Most Homes at Risk of Wildfire Damage
Next articleTornado Hits South Dakota Hospital: ‘All Are Safe and Sound’