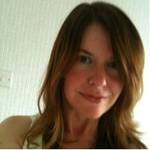 Later this month, the Canadian government will introduce legislation to create a new national security committee of parliamentarians with extraordinary access to classified information.

Minister of Public Safety and Emergency Preparedness, Ralph Goodale said in a column he wrote for The Huffington Post, published June 6, that individual rights and freedoms cannot be enjoyed without effective collective security, but that collective security must be achieved in ways that do not impair the very essence of that which the country seeks to protect.

“One thing is clear,” wrote Goodale, “Canadians want thoughtful, inclusive consultation and dialogue. Not fear mongering. And not naivete. The public wants to be honestly informed and sincerely engaged.”

Goodale, who addressed Standing Committees of both the House of Commons and the Senate last week, set out five key areas to achieve greater security and safety of citizens without impairing their individual rights and freedoms.

The first is an improved border arrangement with the United States, the details of which were determined during Prime Minister Trudeau’s State Visit to Washington in March. Goodale said that implementing legislation for this arrangement is likely to be introduced in parliament later his month.

The package is anchored by a new legal framework and business plan for "Preclearance," allowing more travellers to pre-clear US customs and immigration requirements before they cross the border, thus avoiding lost time on arrival and gaining direct access to a larger array of US destinations from more Canadian departure points.

“We also established a new, unobtrusive system to collect basic passport information from those leaving this country, just as we do when anyone arrives in Canada,” said Goodale. “This fills a significant security loophole. Having basic departure data will help us respond more effectively to Amber Alerts about missing children, human trafficking cases, terrorist travel, immigration proceedings and visa applications.”

The arrangements also include stronger cooperation on no-fly lists to deny air travel to those who pose serious risks to aviation security or are likely to travel abroad for the purpose of engaging in terrorism. Goodale points out that advice from the Justice Department and the Office of the Privacy Commissioner was sought in order to safeguard rights and privacy in this approach.

“We also now have a joint process with the US to deal better with situations in which innocent travellers are wrongly red-flagged as false positives," said Goodale.

The creation of the new national security committee is an important step for Canada. As Goodale wrote in his Huffington Post column, “Virtually every other western democracy has such a parliamentary review body. Canada is the anomaly and we will fill that gap.”

Speaking to CBC Radio in May, Goodale said, “We are drafting the legislation now and we hope to have it in the public domain before the house adjourns in June.”

Also this summer, the Canadian government will launch a new national office and center of excellence for community outreach and engagement. Its purpose will be to develop and coordinate expertise in identifying those who could be vulnerable to the pressures and appeals of radicalization to violence, and to connect with them constructively.

"We’re drafting the legislation now, and we hope to have it in the public domain before the House adjourns in June “As an open, pluralistic society, we need to get really good at this,” wrote Goodale.

He also announced a renewed focus on cybersecurity. “In partnership with many government departments and agencies, the private sector and the owners and operators of critical infrastructure systems, we will use the next few months to examine Canada’s cyber security capabilities with a view to making them stronger.”

Regarding the renovation of Canada’s overall national security framework, Goodale wrote, “In a discussion paper soon to be published, we will describe the laws and procedures which currently exist to protect Canadians against terrorist threats and how they evolved over the past 15 years since 9/11 — up to and including the impact of C-51.”

C-51 is Canada’s controversial anti-terrorism act introduced last year by the Conservative government following the terrorist events of October 2014 at Parliament Hill and a shopping center parking lot in Quebec. Although supported by the Liberal Party, Trudeau promised to make amendments to the bill during the election campaign. A pledge which Goodale says will be kept.

“We reaffirm our commitment to make a number of key changes, as enumerated in our 2015 platform, namely to ensure compliance with the Charter of Rights and Freedoms, full protection for advocacy and protest, the correction of appeal procedures in respect of "no fly" lists, a more precise definition of "terrorist propaganda", and a full review of all anti-terrorism laws after three years.”

The government’s consultations will ask Canadians what else they believe is necessary to keep them safe and to safeguard democracy, an opportunity, Goodale says, was denied to them two years ago.