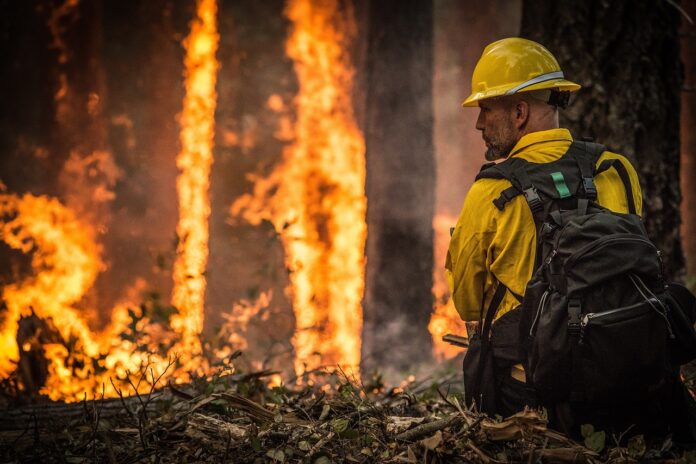 According to the United States Global Change Research Program, more frequent and intense extreme weather, and climate-related events, as well as changes in average climate conditions, are expected to continue to damage infrastructure, ecosystems, and social systems that provide essential benefits and security to the nation. In 2020 alone, the United States faced 22 severe weather and climate disasters costing $95 billion in damages to homes, businesses and infrastructure and wide-ranging economic and social disruption.

These types of events also pose a homeland security risk as well, and the Department of Homeland Security (DHS) has prioritized addressing the climate crisis. The severity of these events demonstrates how important it is to prepare and take steps to adapt to climate change impacts, helping communities not only become more resilient, but better positioned to recover and thrive post-event. Resilience involves more than just withstanding disasters and disruptions; it is also about adapting to an evolving environment to be disaster-ready from the community to the national levels. The DHS Science and Technology Directorate (S&T) takes its responsibility to the planet very seriously and has a history of work—particularly, in its support of public safety and first responders—aimed at adapting to climate-related risks and building resilience that aligns with Administration priorities to address climate change challenges.

“Disasters are more persistent and intense and climate change poses an existential threat to the nation,” explained S&T Senior Science Advisor David Alexander. “Funding science and innovation in resilience will allow us to prepare, adapt and mitigate future risks, thereby preserving our way of life, protecting our environment, securing our local communities and limiting disruption.”

Challenges in water infrastructure are heightened with the changing climate, resulting in catastrophic flooding and millions of dollars in lost property. S&T worked with Charlotte-Mecklenburg Storm Water Services to install and test sensors for flood monitoring and management, and then shared best practices for other locales to leverage with the Low Cost Flood Sensors: Urban Installation Guidebook and Flood Risk Assessment and Reduction Community Guidebook. Through this partnership, communities now have an inexpensive solution to help map out response plans before the waters start rising.

S&T is also developing new tools to support risk-based analysis for climate adaptation and disaster resilience. Some of this research is with international partners, including the Netherlands, NATO, the European Union and Canada. S&T partnered with Deltares USA and Deltares in the Netherlands to develop a community-oriented flood hazard modeling and impact assessment decision support tool for compound flood events to support adaptation planning. This tool provides advance knowledge and understanding of compound flood events, resulting in increased resilience to floods and improved decision-making by community leaders.

Disaster monitoring and early warning is essential for communities to adequately prepare response plans. In addition to flood sensors, S&T has also been developing and testing wildland fire sensors alongside FEMA Region 9 and the California Governor’s Office of Emergency Services as wildfires increasingly spread closer to urban areas, as well as researching and leveraging Internet of Things and Smart Cities technology to arm emergency responders with cutting-edge tools that will keep them (and our infrastructure) safer against the elements.

Beyond just tools, S&T is developing standards to establish response protocols that can easily be replicated and ensure that all communities are strong and resilient. S&T worked with the U.S. Army Corps of Engineers, FEMA, FM Approvals and the Association of State Floodplain Managers to expand national standards and testing for new floodproofing products and barriers. Additionally, these new standards were incorporated into the National Flood Barrier Testing and Certification Program and model building codes. By starting off with standards for improved resilience, communities can better mitigate losses to climate change and develop more sustainable infrastructure.

Finally, S&T is supporting climate-related risk and resilience research by working with three DHS Centers of Excellence to explore climate risks. The Arctic Domain Awareness Center at the University of Alaska develops and transitions technology solutions, innovative products, and educational programs to improve situational awareness and crisis response capabilities related to Arctic maritime challenges. The Coastal Resilience Center at the University of North Carolina at Chapel Hill conducts research and education to enhance the resilience of people, infrastructure, economies, and the natural environment to the impacts of coastal hazards such as floods and hurricanes. The Critical Infrastructure Resilience Institute at the University of Illinois is an interdisciplinary team that supports businesses and public entities that own and operate critical systems. S&T’s Federally Funded Research and Development Centers (FFRDCs) are also conducting research focused on disaster risk and community resilience, analyzing communities that have received federal emergency declarations versus those that haven’t to identify what was most effective in aiding recovery.

While S&T’s efforts toward enhancing climate resilience are not new, this alignment with a main Administration priority helps highlight S&T’s work and expertise in combatting the effects of climate change. The national goal to “Build Back Better” includes investing in infrastructure that is resilient to increasing climate change risks, while taking steps to prevent, reduce and withstand impacts of climate crisis. Executive Order 14008 Tackling the Climate Crisis at Home and Abroad calls for DHS to consider the impact of climate on the Arctic region, in securing the borders, and in the rest of the department’s critical functions, as well as consider the impact of climate change on its internal operations. This was emphasized in Secretary Mayorkas’ memo to all DHS Components announcing the creation of the Climate Change Action Group and prioritizing climate change for the department. S&T’s R&D is helping to meet this goal by developing solutions that allow the public to better respond to the effects of climate change.

As S&T moves forward with these local and national initiatives to build back better, applied research efforts will focus on and result in short-term solutions over the next one to three years. S&T will customize and integrate existing industry technology to develop new capabilities to address homeland security gaps regarding climate change. In the longer-term, S&T is advising DHS on plans for field testing and technology pilots to be put into place for practical use. As the primary R&D arm for DHS, S&T will focus on the application of emergent technologies to both counter increased threats from man-made, technological and natural hazards, as well as increasing the effectiveness and resiliency of new infrastructure investments and enhance public safety nationally.