In 2020, Global Witness recorded 227 lethal attacks – an average of more than four people a week – making it once again the most dangerous year on record for those who defend their homes, regions and the planet against deforestation and other climate threats. 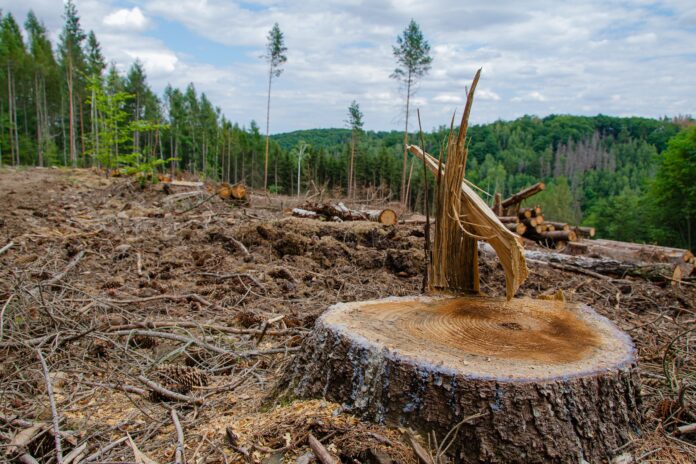 Since 2012, Global Witness has been gathering data on killings of land and environmental defenders. In that time, a grim picture has come into focus – with the evidence suggesting that as the climate crisis intensifies, violence against those protecting their land and our planet also increases. It has become clear that the unaccountable exploitation and greed driving the climate crisis is also driving violence against land and environmental defenders.

In 2020, Global Witness recorded 227 lethal attacks – an average of more than four people a week – making it once again the most dangerous year on record for people defending their homes, land and livelihoods, and ecosystems vital for biodiversity and the climate.

As ever, these lethal attacks are taking place in the context of a wider range of threats against defenders including intimidation, surveillance, sexual violence, and criminalization. Global Witness says its figures are almost certainly an underestimate, with many attacks against defenders going unreported.

In 2020, over half of attacks took place in just three countries: Colombia, Mexico and the Philippines.

For the second year in a row, Colombia saw the highest number of killings in 2020, with 65 land and environmental defenders murdered. These took place in the context of widespread attacks on human rights defenders and community leaders across the country, despite the hopes of the 2016 peace agreement. Indigenous peoples were particularly impacted, and the COVID-19 pandemic only served to worsen the situation. Official lockdowns led to defenders being targeted in their homes, and government protection measures were cut.

In Mexico, Global Witness documented 30 lethal attacks against land and environmental defenders in 2020, a 67% increase from 2019. Logging was linked to almost a third of these attacks, and half of all the attacks in the country were directed against Indigenous communities. Impunity for crimes against defenders remains shockingly high – up to 95% of murders do not result in prosecution.

In the Philippines, the deteriorating human rights situation has received increasing international condemnation. Opposition to damaging industries is often met with violent crackdowns from the police and military. In our data, over half of the lethal attacks were directly linked to defenders’ opposition to mining, logging, and dam projects.

President Duterte’s years in office have been marked by a dramatic increase in violence against defenders. From his election in 2016 until the end of 2020, 166 land and environment defenders have been killed – a shocking increase for a country which was already a dangerous place to stand up for the environment.

In instances where defenders were attacked for protecting particular ecosystems, 70% were working to defend the world’s forests from deforestation and industrial development. In Brazil and Peru, nearly three quarters of recorded attacks took place in the Amazon region of each country.

Almost 30% of the attacks were reportedly linked to resource exploitation (logging, mining and large-scale agribusiness), and hydroelectric dams and other infrastructure. Of these, logging was the sector linked to the most murders, accounting for 23 cases. Mexico saw a large rise in logging- and deforestation-related killings, with 9 in 2020.

Much like the impacts of the climate crisis itself, the impacts of violence against land and environmental defenders are not felt evenly across the world. The Global South is suffering the most immediate consequences of global warming on all fronts, and in 2020 all but one of the 227 recorded killings of defenders took place in the countries of the Global South.

As has been the case in previous years, in 2020 almost 9 in 10 of the victims of lethal attacks were men. At the same time, women who act and speak out also face gender-specific forms of violence, including sexual violence. Women often have a twin challenge: the public struggle to protect their land, and the less-visible struggle to defend their right to speak within their communities and families.

Many companies engage in an extractive economic model that overwhelmingly prioritizes profit over human rights and the environment. This unaccountable corporate power is the underlying force that has not only driven the climate crisis to the brink, but which has continued to perpetuate the killing of defenders.

In too many countries, rich in natural resources and climate critical biodiversity, corporations are operating with almost complete impunity. Because the balance of power is stacked in the favor of corporations, it’s rare that anyone is arrested or brought to court for killing defenders. When they are, it’s usually the trigger-men – the ones holding the guns, not those who might be otherwise implicated, directly or indirectly, in the crime.

Governments must stop the violence

Governments have been all too willing to turn a blind eye and fail in providing their core mandate of upholding and protecting human rights. They are failing to protect land and environmental defenders, in many cases directly perpetrating violence against them, and in others complicit with business.

Even worse, states around the world – from the U.S. to Brazil, Colombia and the Philippines – used the COVID-19 pandemic to strengthen draconian measures to control citizens and close civic space.

Global Witness found a clear link between the availability of civic space and attacks against defenders – the most open and tolerant societies see very few attacks, whereas in restricted societies, attacks are much more frequent.

As the climate crisis intensifies, so too does its impact on people, including on land and environmental defenders. Meaningful climate action requires protecting defenders, and vice versa. Without significant change this situation is only likely to get worse – as more land is grabbed, and more forests are felled in the interest of short-term profits, both the climate crisis and attacks against defenders will continue to worsen.

Governments can turn the tide on the climate crisis and protect human rights by protecting civil society, and through passing legislation to hold corporations accountable for their actions and profits. Lawmakers have relied too much on corporate self-reporting and voluntary corporate mechanisms. As a result, companies continue to cause, contribute to, and benefit from human rights abuses and environmental harms, particularly across borders.

The United Nations, through its member states, must formally recognize the human right to a safe, healthy, and sustainable environment, ensure that commitments to meet the Paris Agreement integrate human rights protections, and implement the recommendations of the Special Rapporteur on human rights defenders and the UN Working Group on Business and Human Rights.

States must ensure national policies protect land and environmental defenders and scrap legislation used to criminalize them, require companies to conduct human rights and environment due diligence in their global operations, and investigate and prosecute all actors involved in violence and other threats against defenders.

The European Commission is currently preparing to publish binding due diligence legislation, including an initiative on Sustainable Corporate Governance. They must ensure this initiative requires all companies doing business in the EU, including financial institutions, to identify and address human rights and environmental harms along their value chains. This legislation must include robust liability regimes and penalties to hold companies accountable for failing to do so.

Share
Facebook
Twitter
Linkedin
Email
Previous articleUSDOT Report Addresses Refunds for Cancelled or Altered Flights During the Pandemic
Next articleFirefighter Dies and More Than 1,000 Evacuated as Wildfire Rages in Spain