CDC Says COVID-19 Can Be Transmitted During Air Travel 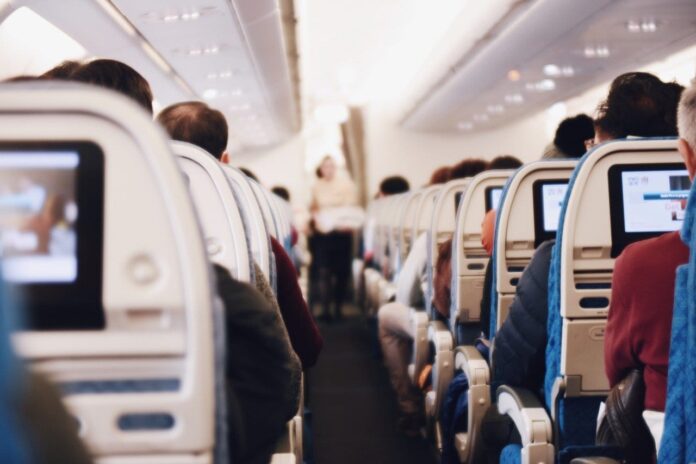 There have been concerns that COVID-19 has been circulating on passenger flights after the Centers for Disease Control and Prevention (CDC) released reports on two incidents.

On a 10-hour commercial flight between London and Hanoi, CDC traced 217 passengers and crew to their final destinations and interviewed, tested, and quarantined them. Among the 16 persons in whom SARS-CoV-2 infection was detected, 12 (75%) were passengers seated in business class along with the only symptomatic person. Seating proximity was strongly associated with increased infection risk and CDC found no strong evidence supporting alternative transmission scenarios. CDC concluded that in-flight transmission that probably originated from one symptomatic passenger caused a large cluster of cases during a long flight.

CDC investigations into a second flight, from Boston to Hong Kong, found that four infected passengers had genetic sequences that were “identical, unique, and belong to a clade not previously identified in Hong Kong”, which CDC says “strongly suggests that the virus can be transmitted during air travel”.

In response, the International Air Transport Association (IATA) said there have been millions of flights since the start of the COVID-19 outbreak, and very few reported incidents where onboard transmission is suspected.

An IATA statement said: “We believe that the data is telling us that the risk of onboard transmission of the virus is low when compared with other public indoor environments, such as trains, buses, restaurants and workplaces. There are published examples which indicate a much higher risk in these environments. Aircraft benefit from very high air exchange rates and HEPA filters which filter more than 99.99% of all particles including viruses.

“Furthermore, the two flights studied took place in March and a lot has taken place since. Most notably, face masks and face coverings are now common practice during flights and other environments where social distancing is not possible.”

IATA reminds travelers to wear a mask or face covering and practice good hand hygiene – washing hands regularly with soap or an alcohol-based hand sanitizer, and avoiding touching the eyes, nose or mouth, especially after contact with commonly touched surfaces.