From Biological Weapons to Miracle Drugs: Fake News About the Coronavirus Pandemic 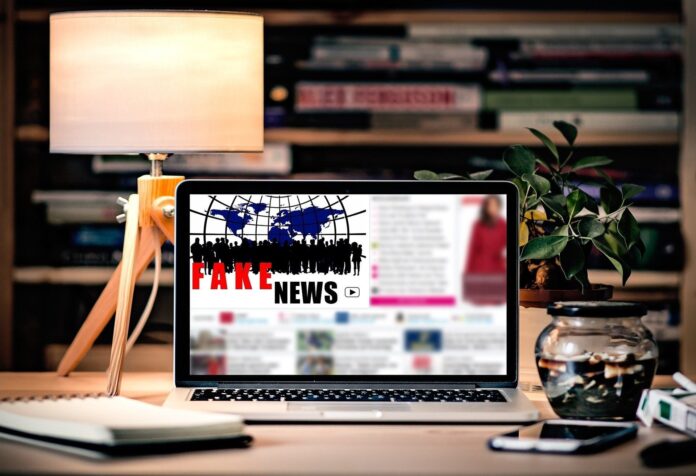 An Institute for National Security Studies report by Roy Schulman and David Simon-Tov examines the disinformation surrounding COVID-19 and the motivations behind it:

The coronavirus outbreak has been accompanied by rumors and fake news that aim to increase fear about the pandemic or to assign blame for its spread. The rumors are promoted by states with an interest in hiding their domestic situations or diverting attention from their handling of the issue, by ingenuous civilians, and by conspiracy theorists and the media, which repeat some of the lies. Over time there is a greater awareness of the dissemination of baseless or biased information, and a greater need to address the phenomenon. This occurs through the cooperation of international organizations, technology companies, and state institutions. Civil society and the traditional media are part of the effort, though it seems that they are the weak links in the chain. Consequently, increased public awareness and formal organization on this issue are needed in order to minimize the contamination of the discourse.

On February 2, 2020, along with the World Health Organization (WHO) regular situation report on the coronavirus outbreak, the organization stated that the spread of the epidemic was accompanied by an “infodemic” that could threaten public health. The spread of fake news surrounding the coronavirus is not surprising: the pandemic provokes a wide range of emotions and fears, which are easy to exploit in order to attract attention and encourage content sharing. Prevalent uncertainty and the lack of professional knowledge make it hard for the public to understand the overall dimensions of the phenomenon, particularly given contradictory interpretations in the media. Some of the speculations reflect mistakes or unfounded attempts by experts to answer questions, with an emphasis on ways to cope with the unfamiliar phenomenon. Discussion of fake news in the context of the pandemic involves the considerations that guide those who distribute baseless rumors and lies, the content itself, and the incredible, almost unlimited, ease with which commentary and opinions about the coronavirus are spread.

Fake News about the Coronavirus

The fake news about the coronavirus is of two kinds. The first is misinformation, meaning the dissemination of false information, even if not deliberate or malicious, based on unsubstantiated conjecture and in light of various considerations. It seems that rumors reflect a human need to receive ample information about a phenomenon that is unknown and arouses deep anxiety. The information includes reports on the spread of the disease even in places where no cases have been identified, false rumors about treatments for the virus, false claims regarding how it spreads, and wishful thinking that the virus will weaken in the summer or that an enemy leader has been infected (for example, that Hezbollah leader Hassan Nasrallah is in quarantine after being infected).

The second kind of fake news is disinformation: false information is spread deliberately and maliciously, for personal gain or to cause damage to another party. Examples regarding the coronavirus pandemic: accusations of concealing the number of people infected (Russia or Turkey); rumors of a “miracle drug”; and blame for spreading the virus ascribed to minorities. In addition, rumors have spread about intentionally violating citizens’ freedom of movement and their privacy, in order to create fear of the state’s response. Additional rumors relate to the source of the virus – in China, rumors that the virus is an American biological weapon are common, and vice versa. Israel has also been mentioned in Iran as responsible for spreading the virus.

Who Spreads the Disinformation and Why

There is evidence of states spreading disinformation out of strategic and domestic motivations, or in the context of superpower competition. For example, China is accused of cognitively manipulating the world in the effort to depict its struggle against the coronavirus as a success story (although the reliability of this narrative cannot be ruled out), in addition to blaming the United States as the source of the virus. The dissemination of disinformation by states takes place both overtly and covertly. Overtly, for example, Iranian authorities have accused the United States of attempting to strengthen the assessment that Iran’s institutions have failed to cope with the virus. Covertly, for example, Taiwan has accused China of spreading rumors regarding the cover-up of cases of coronavirus in Taiwan, and senior officials in the US State Department have claimed that social media accounts identified with Russia spread disinformation whereby the virus is a biological weapon launched by the Americans in order to harm the Chinese economy.

States spread disinformation for various reasons, such as to deflect civilian attention, prevent domestic criticism, control the narrative (for example, who is succeeding at coping with the virus), or send out “trial balloons” in order to gauge public reaction to future policy. Sometimes there are strategic reasons, for example, an attempt to create public panic in another state and undermine public confidence in the establishment there.

Anti-establishment groups are also involved in the dissemination of disinformation. These include organized crime elements, conspiracy theorists, anti-vaxxers, and anarchist groups that have an interest in undermining confidence in the medical and political establishment. The media is also accused, sometimes rightly, of sowing panic and publicizing and reposting unchecked information, although when it comes to the media, this is often misinformation, not disinformation.

The coronavirus itself has severe impacts on public health, the economy, social cohesion in states, and the global geopolitical situation. Fake news has the potential to exacerbate the damage while increasing panic and creating delusions about possible responses. On the other end, lessening the significance of the danger and baseless rumors on treatments and cures could cause public complacency, which can make it harder for states to cope with the epidemic. The dissemination of fake news on the source of the virus and the way it spreads could lead to mutual recriminations among states or distract the local population from government failures. In addition, blaming minorities for the spread of the epidemic could harm social cohesion, and blaming other states could cause international political tension.

How to Cope with the Fake News

The global technology companies (Google, Facebook, and others) have announced their cooperation with the WHO and the US Centers for Disease Control and Prevention (CDC) in order to prevent the dissemination of fake news surrounding the coronavirus crisis. The companies direct users to the official websites of these organizations and collaborate with fact-checkers in order to warn about false and misleading information, tag it, and erase it. For example, when Facebook and Twitter identify users searching for content about the coronavirus, the site directs them to the CDC website.

There are technological tools for fighting disinformation. These include internet browser add-ons (for example Adblock Plus, Botcheck.me), platforms (for example Bot Sentinel), and other tools, some of which are based on artificial intelligence. Their role is to find content that has been manipulated, bots, fake websites, and more.

In the majority of countries, large scale efforts to fight fake news regarding the pandemic have not yet been launched. In Great Britain, a team to fight disinformation has been established that includes media experts. Their goal is to identify the scope of the damage caused by disinformation and to respond accordingly. In India, it was decided that the state would send citizens text messages with reliable information, and communications companies were instructed to create an audio clip with reliable information as a ringtone for those calling from cellphones. In China and Iran, there are strict laws against disseminating fake news.

In Israel, the Ministry of Health posts information about each confirmed coronavirus patient on its Facebook page and on the news networks, thereby preventing rumors on outbreaks in places in which there have not been cases, and refutes rumors. In addition, former and present Ministry of Health officials participate as commentators in news broadcasts and for the most part help instill public confidence. However, the traditional media, which tends to broadcast around the clock in times of crisis, has provided countless reports and articles about the unknown virus. Consequently, the media quickly went into a tailspin of baseless information and panic, which it itself had a role in creating. Reporters and experts were recruited to fill long hours of broadcasts to millions of viewers hungry for information and reassurance, even quoting unsubstantiated studies. This creates a problematic reality that is replete with rumors.

In a situation of enormous knowledge gaps regarding this unprecedented phenomenon, it is very easy to spread rumors, conjecture, and fake news. Regardless of the interests of those spreading rumors, some of them are substantiated – for example, rumors regarding the intention to implement technological supervision of civilians in Israel – and some of them dissipate and are replaced by new rumors. There are almost no barriers, particularly in the traditional media, to the distribution of false rumors and spurious information, and it is necessary to develop mechanisms and understandings that integrate the state, civil society, and global technology companies, in order to curtail the phenomenon, even though it is clear that it will not completely disappear.

Recommendations for Dealing with the Phenomenon

In order to implement these recommendations, it is necessary to establish a designated and integrated organization that focuses on cooperation between the relevant government ministries and civil society organizations, including media outlets and research institutes.

Read the full report at the Institute for National Security Studies