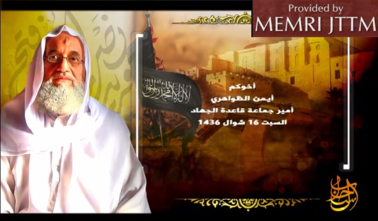 It was recently disclosed that Omar died two years ago in a hospital in Pakistan after battling tuberculosis, a disease common in that part of the world. The report came from an unofficial source in Afghanistan which was later confirmed by US authorities.

Contributing writer Godfrey Garner, a former Special Forces member who spent considerable time in Afghanistan, recently wrote that, "The assumption that America didn’t know about Omar’s death is just too ludicrous to even cogitate. Pakistan’s intelligence service, ISI – which is more of an enforcement arm rather than an intelligence arm – isn’t known for keeping secrets. In fact, it gets much of their intelligence from us. It’s nearly impossible, therefore, that they did not known about his death, or could have kept confirmation of his death concealed from US intelligence."

"The more viable assumption for why Omar’s death several years ago only now has been acknowledged is that Obama administration policy makers wanted Omar’s death kept secret as long as possible," Garner said.

"But ‘Why?’ That’s the real question," Garner continued. "In attempting to discern the answer, it’s imperative to understand Omar and his value to the Taliban – then, and now."

In his video, Al Zawahiri said, "I, as the emir of Al Qaeda, I pledge allegiance to you to renew the path of Sheikh Osama [Bin Laden] and his martyred and noble brothers, who pledged allegiance to the commander of the believers Mullah Muhammad Omar Mujahid, may Allah have mercy on them," Al Zawahiri said in the video, which was reported today by the Middle East Media Research Institute (MEMRI), an organization that monitors Islamist jihadi social media.

MEMRI said, “Al Zawahiri’s recording starts with a segment in which Bin Laden talked about Al Qaeda’s allegiance to Mullah Omar, adding that all Muslims should follow suit. Al Zawahiri then speaks about Mullah Omar’s bravery, courage and wisdom, reflects on his support of Al Qaeda after the September 11 attacks, his group’s involvement in a war with ‘the international nations of infidels,’ and the destruction of the historic Buddha statues.”

The Taliban — whom also are fighting jihad against the West and provided sanctuary and an operation capability for Al Qaeda prior to Al Qaeda’s attack on America on September 11, 2001.

“In his pledge of allegiance,” MEMRI said, “Al Zawahiri promised the new Taliban leader many things including implementing the shari’a until it dominates Muslims countries, waging jihad until all Muslims lands are liberated, continuing the fight against rulers who do not implement the shari’a, supporting those in need of help, promoting virtue and preventing vice, defending the Islamic Emirate and establishing the Islamic Caliphate.”

Unlike in all of his previous statements, Al Zawahiri concluded his message by stating that the message was recorded on August 1, 2015.