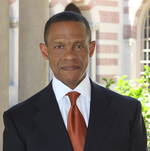 There’s a war on. ISIS is littering our national media with reports of atrocities while legislators, law enforcement, and analysts warn of the growing threat from homegrown violent extremists. The frontlines in the fight against terrorism are in Syria and Iraq, true, but they’re also here at home. One of thesefrontlines is in Minneapolis-St. Paul.

And from where I’m standing, it looks like we are starting to gain the upper hand.

The last time I was here in Minneapolis was a frigid week in February 2015. At the time, news media was filled with commentary and reports about Somali-Americans attempting to leave Minnesota to join ISIS. The community was concerned—concerned for their neighbors, for their children, for the intensifying security presence in the city with law enforcement, counterterrorism analysts, and others swooping in to put the Somali community under a microscope. Despite best intentions and efforts, workable solutions to the trend in foreign fighter departures were in short supply.

Now, it is a warm summer evening in 2016, and I head for the home of a man who has become a close friend during the course of my work with the community, Mohamed Ahmed. Mohamed is the creator of the Average Mohamed, a counter messaging cartoon series aimed at young Muslims who could be recruited by ISIS. As I walk up the path to his home, his five young children mob the door, eager to see their “Uncle from California.” It feels, in a way, like a homecoming.

Greeting Mohamed and hugging his kids, I’m intensely aware of the contrast between these smiling children and the defendant I had seen on trial earlier in the day at the Federal Court Building. There, a young man just a few short years older than Mohamed’s children described how he used encrypted communication and social media to evade law enforcement, as he planned to go to Syria, join ISIS and die a martyr.

This is the hope and the despair of the Somali-American community in Minneapolis. On the one hand, they boast a rich culture and tight-knit community that raises thoughtful, hardworking, self-reliant young people. At the same time, for many reasons, some of these young adults will encounter sophisticated and devious terrorist recruiters who are skilled in manipulating ignorance and youth to lure another fighter to the terrorist battlefield.

Mohamed’s kids know nothing of this yet. They and many other children in the community are still too young to truly understand the Average Mohamed videos and the threats that await them as they grow older. The Minneapolis I have come to know and love does not enable terrorism, but right now, the community is struggling, bracketed on one side by ambitious grassroots efforts to reduce the risk of terror recruitment, and on the other, by suspicious looks and outright vilification from city residents and onlookers from around the world who assume culture-wide guilt for the grave sins of a few.

A new way of thinking about criminal justice

I first became acquainted with the Minneapolis Somali-American community during a field research study for a Department of Homeland Security Center of Excellence. My research team and I traveled to Minnesota, in part, because the state leads the nation in foreign fighter departures. A US House Homeland Security Committee report from September 2015 noted that individuals from at least 19 states have attempted to leave for Syria since 2011, and Minnesota yielded 26 percent of the total.

Between November 2014 and December 2015, the FBI arrested nine Minnesota men for allegedly plotting to join ISIS. Six pleaded guilty, and three are currently on trial in Minneapolis. One of those who pleaded guilty to one count of plotting to provide material support and resources to the Islamic State, Abdirizak Warsame, admitted in court that he was the Emir, or leader, for the group. He said he was aware of ISIS’ horrific killings, testifying, “We all understood it was justified…This life is temporary. We are all living at a time when people don’t really practice Islam. Jihad will save myself and my family.”

Now, in most every other courtroom in the country, this trial would not necessarily be remarkable. These kinds of trials are happening regularly, and they tend to follow a predictable path that ends in a federal prison. That may be the same fate for these Minneapolis defendants, as Abdirahman Daud, Mohamed Farah, and Gulad Omar have now been convicted of plotting to support a foreign terrorist organization and conspiracy to commit murder abroad, a charge that carries a sentence of up to life in prison. But there is another potential outcome because of someone else in that courtroom: Senior US District Judge Michael J. Davis.

Judge Davis is an interesting man, and he views criminal justice with a decidedly thoughtful gaze. He spent most of his early career representing financially challenged clients at the Neighborhood Justice Center in St. Paul, the Legal Rights Center in Minneapolis and as a Hennepin County public defender. In 1999, he was tapped to serve a 7-year term as a member of the US Foreign Intelligence Surveillance Court. This experience gave him a unique perspective on the legal ramifications of the September 11, 2001 attacks. After 9/11, Judge Davis said the difference in the rate of warrants coming to the court was like night and day.

This is to say, Judge Davis has been intimately involved in the fight against terrorism for years, and his opinion and perspective have significant weight. So when he began working with Daniel Koehler, the Director of the German Institute on Radicalization and De-Radicalization Studies and a specialist in Islamic fundamentalism, people took note. And when Judge Davis ordered Koehler to evaluate the 9 defendants, it was an indication that this terrorism trial could be different.

Judge Davis said the evaluation was to help him understand motives and the potential for rehabilitation, noting, “It does not make sense why someone who’s never been involved in any type of criminal activity, was not seriously religious, [would] in a very short period of time want to go over and be involved in jihad.”

The six defendants who pleaded guilty now have the option to participate in an experimental de-radicalization program, the first of its kind in the United States. Whether this program actually works remains to be seen, but just the attempt is a dose of hope for a community that is used to mourning the loss of a young person to terrorism, and then lamenting further when the young person is shipped off to prison.

Everyone I spoke with in the community believes Judge Davis is on the right track. The concept seems to have their support, and the people who commented said the community has to “own” this effort. And even as Judge Davis takes this bold step with community backing to attempt to return young people to the righteous fold, there are numerous organizations and community members who are looking for innovative ways to influence and guard young people before they are exposed to the radicalization pathway.

When our research team first landed in Minneapolis in 2014, we found a community eager to do something to push back against the ever-elusive terrorist recruiters. The challenge was that these groups were disjointed, poorly resourced and sometimes competing against one another for funding. Organizations were challenged to develop outreach strategies, plan for self-sustained funding, and even develop the capacity to track metrics showing the impact of their efforts.

What is more, there was a persistent view throughout the community that some individuals and organizations had become adept at securing government funding, but with meager intention to use that funding to help the community resist violent extremism. One source described these “pretenders” as “bloodsuckers who don’t care about the ills and the problems” of the community.

Today, the grassroots effort in Minneapolis looks entirely different. In just a year, there has been a focused, impressive growth of programs and organizations. As part of the federally led Countering Violent Extremism (CVE) program, locally known as Building Community Resilience, the Youthprise Board of Directors approved $400,000 in grants and technical assistance through the Somali Youth Development Fund to support positive youth development activities, community engagement, and capacity building for organizations that work with Somali youth.

To be sure, the national CVE program has come under heavy criticism for appearing to focus exclusively on Muslim communities, ignoring non-Muslim extremist ideologies and networks. That’s a critique with which I happen to agree, but there’s no denying that the program has delivered much-needed funding to groups who are doing the real work on the ground. Funding priority was given to Somali-led organizations working through partnerships to serve youth in the Twin Cities area.

One of those organizations is the African Reconciliation and Development Organization (ARDO), which received a one-year $25,000 grant to prevent conflict in African Diasporas through youth development and educational programs. The funding is being used to conduct courses for male students, ages 13 to 18, to participate in reconciliation activities, sports and cultural classes.

What caused the dramatic change? It’s difficult to point to a single cause—there has been no shortage of researchers, government officials and well-meaning scholars offering ideas and potential solutions. But ultimately, it wasn’t any of these people who made the difference. It was the community. They doubled-down on their commitment to push back against the recruiters by establishing sophisticated, professional organizations. ARDO is an example, boasting a detailed business plan, vision and mission statements, policies and procedures, participant and parent codes of conduct, and methods and metrics to track participant progress and scholarship opportunities.

Another example of an undeterred community member is Mohamed Ahmed, who shortly after working with us on the fieldwork study, formally established the non-profit Average Mohamed Foundation and began working with an international network of professionals creating counter-messaging strategies and products to undermine ISIS’ recruitment efforts.

And as I stand in Mohamed’s home, enjoying the smells of traditional cooking coming from the kitchen, hearing the laughing children running throughout the house, I’m reminded of why Minneapolis and its residents have become a second home and family to me. It’s because even amid very challenging times, beset by valid reasons for despair, the Somali-American community keeps the warm flame of hope alive.

And you need only look into the faces of the community’s children to see it.