Upon conviction, the charges in the indictment carry a maximum penalty of life imprisonment or the death penalty. 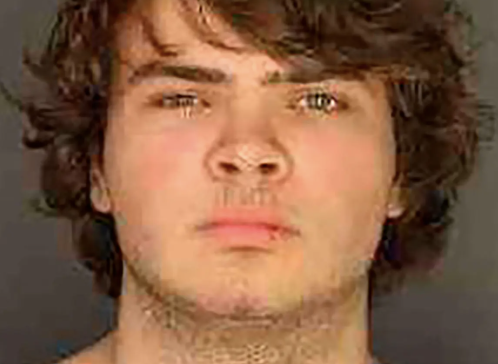 The indictment alleges that on or about May 14, Gendron opened fire with a Bushmaster XM rifle and shot multiple individuals in and around the Tops grocery store, which resulted in the deaths of 10 Black people, as well as injury to three others. The indictment charges that Gendron violated the Shepard-Byrd Act by willfully causing the death of the victims because of their actual and perceived race and color.

In total, the 27-count indictment charges Gendron with 10 counts of hate crimes resulting in death, three counts of hate crimes involving an attempt to kill three injured individuals, and one hate crimes count alleging that Gendron attempted to kill additional Black people in and around the Tops grocery store. The indictment also charges Gendron with 13 counts of using, carrying, or discharging a firearm in relation to the hate crimes, and seeks forfeiture of items, including the weapon used in the shooting. The indictment further includes special findings alleging, among other things, that Gendron committed the offense after substantial planning and premeditation to commit an act of terrorism.

“Today, a grand jury has indicted Payton Gendron with hate crime and firearms offenses following the horrific attack on the Black community of Buffalo that killed 10 people and injured three others on May 14, 2022,” said Attorney General Garland. “The Justice Department fully recognizes the threat that white supremacist violence poses to the safety of the American people and American democracy. We will continue to be relentless in our efforts to combat hate crimes, to support the communities terrorized by them, and to hold accountable those who perpetrate them.”

Upon conviction, the charges in the indictment carry a maximum penalty of life imprisonment or the death penalty. The Attorney General will decide whether to seek the death penalty at a later time. Should the Attorney General determine that the circumstances of the offense are such that a sentence of death is justified, the law requires that notice be filed with the court at a reasonable time before trial. Gendron is currently in state custody pending state criminal charges.

The indictment is the result of an investigation by the FBI Buffalo and Albany Field Offices; the Bureau of Alcohol, Tobacco, Firearms and Explosives, Buffalo Office; the Buffalo Police Department; the New York State Police; and the Erie County Sheriff’s Office. The case is being prosecuted by Assistant U.S. Attorneys Joseph M. Tripi, Brendan T. Cullinane, and Brett A. Harvey of the Western District of New York and Trial Attorney Shan Patel of the Justice Department’s Civil Rights Division.

More information about the Department’s hate crimes efforts, including facts and statistics, case examples, and a searchable collection of the Department’s resources for law enforcement, community groups, researchers, and others are available at www.justice.gov/hatecrimes.