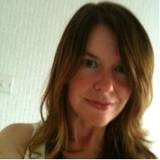 A joint statement on the formation of an Islamic military alliance to fight terrorism has been issued and announced by the government of Saudi Arabia.

“Since terrorism and its atrocities — which spread Shari’a-forbidden corruption and destruction in the world — constitute a serious violation of human dignity and rights, especially the right to life and the right to security, and subject the interests of countries and communities to danger and threaten their stability; and acts of corruption and terrorism cannot be justified in any way, and hence it should be fought by all means and collaboration should be made to eliminate it because this is cooperation in righteousness and piety.”

The charter of the Organization of Islamic Cooperation (OIC) has set forth objectives and calls for member states to cooperate to combat terrorism in all its forms and manifestations and rejects all justifications and excuses for terrorism. The statement pledges the aim to eradicate terrorism using efforts targeted at achieving integration, closing ranks and uniting actions against terrorist activity.

Affirming the right of states to self-defense in accordance with the purposes and principles of international law and the Charter of the United Nations, the coalition sets out to perform the duty of protecting the region from the evils of all armed groups and terrorist organizations — whatever their doctrine or title.

The predominantly Muslim countries in the coalition have thereby decided to form a military alliance to fight against terrorism. The alliance will be led by Saudi Arabia and a joint operations center shall be established in the city of Riyadh to coordinate and support military operations to fight terrorism and to develop the necessary programs and mechanisms for supporting these efforts.

The Saudi government statement says that “appropriate arrangements shall be developed for coordination with friendly peace-loving nations and international bodies for the sake of supporting international efforts to combat terrorism and to save international peace and security."

More than 10 other Islamic countries have expressed their support for this alliance and will take the necessary measures in this regard, including Indonesia. Syria, Iraq, Iran and Afghanistan are not in the alliance.

The region, particularly Saudi Arabia, has been criticized for not doing enough in the fight against terrorism — although it is part of the US-led coalition, with the West being frustrated that too little has been done to stop the growth of the so-called “Islamic State” group.

It has been said before that the group is less concerned with military action but that it most fears unity among its opponents. And while the question remains in each country as to whether military action is the solution, there is unity in the combined call to arms that now reaches all continents and all faiths. It could be this unity, rather than the weapons strikes themselves, that defeats the so-called Islamic State group.