‘This Ugly Chapter Is Over’: No Arrests, No Injuries at KKK Rally, Counterprotests in Dayton 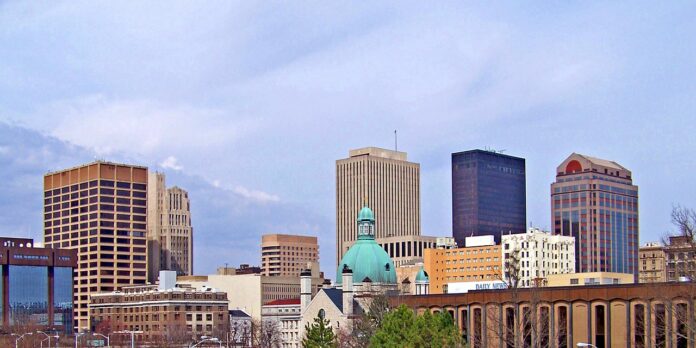 Less than a dozen members of the Honorable Sacred Knights – a Ku Klux Klan group from Indiana – were vastly outnumbered Saturday by hundreds of counterprotesters in Dayton.

Montgomery Courthouse Square and multiple blocks of downtown Dayton were shut down Saturday for the rally and protests that took place from 1 to 3 p.m. Law enforcement officials from Toledo, Cincinnati, Cleveland and multiple sheriff’s offices including Hamilton County’s patrolled the streets on foot, bike and horse.

Protestors against the HSK and any HSK supporters were separated by a number of city blocks, chain link fences and armed law enforcement.