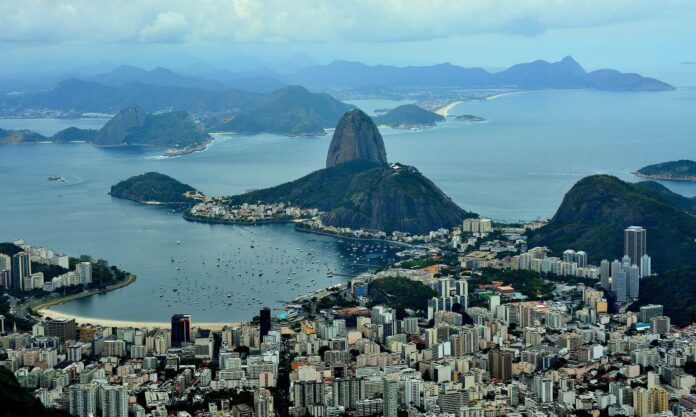 Christopher Brann was expecting to see his 3-year-old son, Nico, return in three weeks. That was five-and-a-half years ago. On Wednesday, Nico’s grandparents, Jemima and Carlos Guimaraes were handed one month and three month sentences, respectively, for their roles in the international kidnapping of their grandson, who remains in Brazil with his mother — Brann’s at-large ex-wife, Marcelle Guimaraes.

“What my family and I have endured at the hands of these defendants has been so painful that I cannot imaging inflicting it on another human soul. How do you take away a parent’s right to have their child in their life?” Brann said at the hearing. “For years, I have begged and begged and begged them to bring my boy back, but they refused.”

The passports of Jemima, 66, and Carlos, 68, Guimaraes were seized, they must pay a $75,000 fine and they aren’t allowed to have further contact with their daughter. They can still, however, maintain contact with their grandson. The couple were allowed to remain on bond and voluntarily surrender to a U.S. Bureau of Prisons facility.

Don’t Forget: The 1988 Meeting That Shaped the World We Live in

Brann’s contact with Nico has grown less frequent over the years, he has had to learn Portuguese to communicate with his son and was only able to visit him in the presence of his in-laws and security guards.

Brann said that each trip to see his son cost an average of $20,000, and that he has been working about 100 hours a week to finance his trips. The mother and grandparents claimed that she was escaping an abusive relationship.

“My ex-wife secured a court judgment in Brazil ordering me to finance Nico’s abduction requiring me to pay almost $50,000 in back child support,” Brann told the Senate Judiciary Committee in April. “Now, if I go back to Brazil I’ll be arrested – there is debtor’s prison in Brazil and I would be imprisoned until I paid in full, which I can’t afford; so I can’t ever see Nico in person again.”