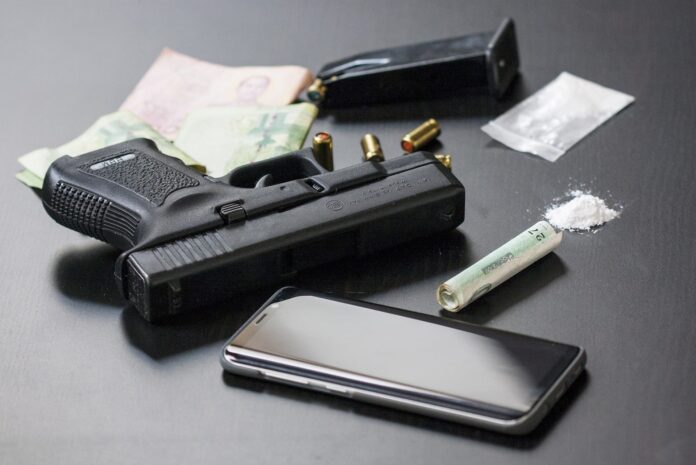 A 5-year long investigation into drugs trafficking led by Italy has culminated in 20 arrests and pre-trial detentions throughout Europe. The international operation involving judicial and law enforcement authorities in 10 countries has resulted in the complete takedown of the Albanian-speaking ‘KOMPANIA BELLO’ criminal group, one of the most active cocaine-trafficking networks in Europe.

In the early hours of September 15, hundreds of police officers, including special intervention teams and in close cooperation with prosecutors and investigative officers, with the support of Europol and Eurojust, carried out coordinated raids against the members of this highly professional criminal syndicate.

As a result of this joint action, 20 individuals were arrested in Italy (5), the Netherlands (2), Germany (2), Greece (2), Romania (1), Hungary (1), Spain (1), Albania (5) and the Emirate of Dubai (1). The suspects have been placed in pre-trial detention for international narcotic substances trafficking, illegal possession and distribution of drugs and brutal assaults, including murder.

These arrests follow those of 84 other members of this criminal group early on in the investigation in Italy, Ecuador, the Netherlands, the United Kingdom, Switzerland and Germany.

This international sweep follows a complex 5-year long investigation led by the Italian State Police (Polizia di Stato) under the direction of the Public Prosecutor’s Office of Florence (Procura della Repubblica di Firenze). It is considered the biggest of its kind ever against Albanian-speaking organized crime and is the result of a Joint Investigation Team with the participation of Italy and The Netherlands, in which the parties have worked closely together for five years. Close to 4 tonnes of cocaine and over €5.5 million in cash have been seized over the course of the investigation.

For years, international importers of cocaine worked separately from the wholesalers and the gangs distributing the drug on the streets. In this case, the Albanian-speaking network under investigation ditched the entire model and controlled the whole chain – from arranging huge shipments directly from South America to the distribution throughout Europe.

Using sophisticated encrypted communication means, the organization’s ringleader – a 40-year old Albanian national based in Ecuador – negotiated directly with the South American drug cartels, arranged huge shipments of cocaine to the major ports of Europe and, with the help of accomplices based in Italy, the Netherlands and Albania, organized distribution throughout Europe. The cocaine was smuggled across European borders concealed in vehicles equipped with sophisticated hidden compartments.

The criminals laundered their proceeds using an underground alternative remittance system of Chinese origin, known as the fei ch’ien system. Much like the hawala transfer system, people using the fei ch’ien deposit a sum in a network ‘agency’ in one country. Another operator withdraws the equivalent amount elsewhere in the world and passes it on to the intended recipient. Leaving not a trace of tell-tale evidence for law enforcement investigators, the network is believed to have laundered millions of euro through this system.

Operation LOS BLANCOS, coordinated at the international level by Europol and Eurojust, was the culmination of many months of meticulous planning between law enforcement and judicial authorities in preparation for the action.

Initiated by the Italian State Police in 2015, under the direction of the Public Prosecutor’s Office of Florence, a Joint Investigation Team (JIT) was set up between Italy and the Netherlands with the assistance and financing of Eurojust and Europol. The partners in the JIT have since worked closely together to uncover the actual magnitude and complexity of the criminal activity of the KOMPANIA BELLO gang to establish a joint strategy and to organize the intensive exchange of information and evidence needed to prepare for the final phase of the investigation.

A joint Operational Command Room was set up at Europol’s headquarters to coordinate the different actions taking place simultaneously across all the countries involved. A Europol expert was also deployed to Florence to provide appropriate operational support to the Italian authorities, ensuring swift analysis of new data as it was being collected during the action and adjusting the strategy as required. Judicial coordination was provided from a coordination centre at Eurojust, with the real-time involvement of prosecutors and investigative judges for execution and adaptation of the mutual legal assistance requests needed to carry out the cross-border actions.

Share
Facebook
Twitter
Linkedin
Email
Previous article46 Arrested in France and Italy in Hit Against the ‘Ndrangheta
Next articleReport Finds U.K. Immigration Unit Has ‘No Idea’