Langan most recently served as the assistant director of the Counterterrorism Division at Headquarters. 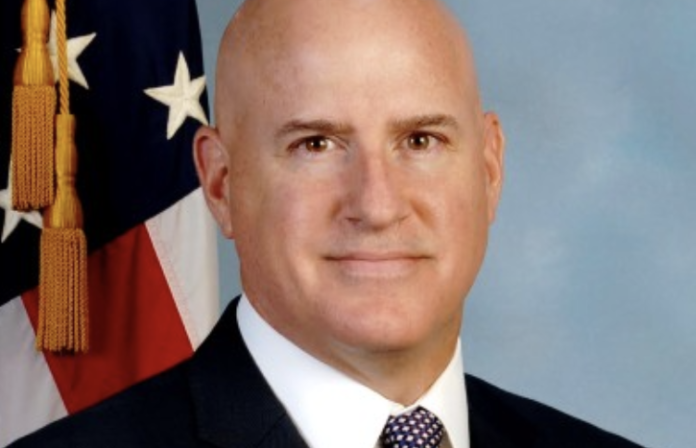 Director Christopher Wray has named Timothy Langan as the executive assistant director of the Criminal, Cyber, Response, and Services Branch at FBI Headquarters in Washington. He will oversee the Criminal Investigative, Cyber, International Operations, and Victim Services Divisions, as well as the Critical Incident Response Group.

Mr. Langan most recently served as the assistant director of the Counterterrorism Division at Headquarters, where he oversaw the FBI’s international and domestic terrorism investigations.

Mr. Langan joined the FBI as a special agent in 1998 and was assigned to the Dallas Field Office. In addition to investigating Mexican drug trafficking organizations and international terrorism, Mr. Langan also served on the Dallas SWAT team. In 2003, he moved to the Washington Field Office and worked protective operations. He was a firearms and tactical instructor in Dallas and Washington.

In 2007, Mr. Langan was promoted to supervisory special agent and assigned to the Safe Streets and Gang Unit at FBI Headquarters to support gang investigations throughout the country. In 2009, he was promoted to legal attaché in Sofia, Bulgaria, which also covers Albania and Macedonia.

Mr. Langan reported to the Nashville Resident Agency of the Memphis Field Office in Tennessee in 2013 to lead a squad investigating public corruption, civil rights, and complex financial crimes. He was promoted to assistant special agent in charge of the Criminal Enterprise Branch of the Miami Field Office in 2016.

Mr. Langan transferred in 2018 to the International Operations Division at Headquarters as a section chief, overseeing operational units covering Africa, Asia, and the Middle East. In 2019, he was named the special agent in charge of the Kansas City Field Office in Missouri. He was promoted to assistant director of the Counterterrorism Division in 2021.

Prior to joining the FBI, Mr. Langan served in the U.S. Marine Corps and was a police officer and detective in St. Charles, Missouri.