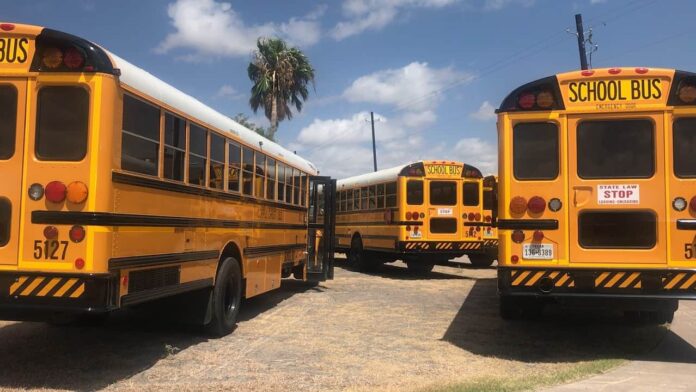 An investigation into a Decatur, Tennessee, crash between a school bus and a service utility truck that killed two—including a 7-year-old child—has led the National Transportation Safety Board (NTSB) to reiterate past recommendations that could have prevented this crash. The NTSB is renewing its 2018 recommendation that states require passenger lap and shoulder belts on new, large school buses as well as its call to require systems that prevent lane departure on heavy vehicles, first issued in 2010 and updated in 2021. All recommendations remain open.

“This case is a gut-wrenching reminder that failure to act on our recommendations can lead to unimaginable — and preventable — tragedy,” said NTSB Chair Jennifer Homendy. “School buses are often praised for their safety record, but we’ve become complacent. Children’s lives are at stake. The time to act is now.”

On October 27, 2020, a service utility truck was traveling on a two-lane state route in Decatur, Tennessee, when its right-side wheels departed the roadway while the truck driver was looking in his rear mirror. When the truck driver steered back onto the roadway, the truck crossed into the opposing travel lane. At the same time, a school bus was traveling in the opposing travel lane. Although the bus driver braked, she did not have time to avoid the collision and the school bus and truck collided. The school bus driver and a 7-year-old child died. Four other passengers sustained serious injuries and 10 sustained minor injuries.

The investigation found that several school bus passengers were not seated properly at the time of the crash, which increased their injury risk. While the school bus did not have passenger lap and shoulder belts, the NTSB found that the belts, if worn properly, would have reduced their level of injury.

Though not required, the school bus was equipped with inward- and outward-facing video cameras, whose footage gave investigators valuable insight into students’ position within the seating compartment before the crash, as well as the subsequent sequence of events.

As a result of the investigation, the NTSB is recommending the following measures to improve the safety of children traveling on school buses, all of which could have prevented or mitigated the crash: